The ex Church of Santa Chiara is situated in the island of Murano in Venice and more precisely in the southern portion of the island of Santo Stefano, near the current rio dei Vetrai, where, around 1300, settled the first glass craftsmen. The Church has two levels, the ground floor and the first floor, which were partly unusable and partly intended to be used as store and warehouse. The Church was originally a rectangular shape single nave interrupted lengthwise by a transverse wall section with an istrian stone arch. But today the situation is more complex: the inner space was divided into two storeys (around 1880) and the long rectangular space was interspersed with a series of pillars that divide into three parts the church hall. The part of the church to the East, corresponding to the portion called the “inner” and that originally was part of the cloister, is now divided into several rooms, some not communicating, realized as the result of the many uses of the building. Part of the church is no longer used, due to the collapse of the roof in the late 1990s. This event has damaged much of the first floor and ground floor, especially the west part. The two levels don’t communicate with each other, and you can reach a portion of the first floor, just by passing through the common outdoor stairs, located on the south side of the church.

The partial collapse of the roof, the non-maintenance, the outdated technological systems, the capillary rising humidity and the atmospheric infiltrations caused a widespread decay and localized collapses of plaster, ceilings and floors.

Project of conservation, technological adaptation and reuse as exposition space 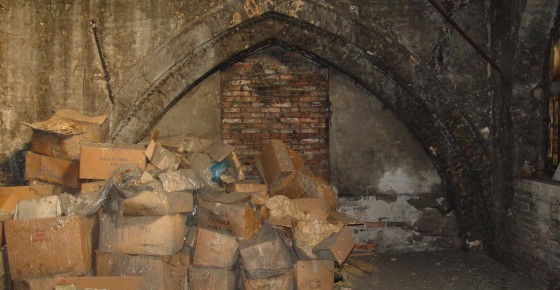 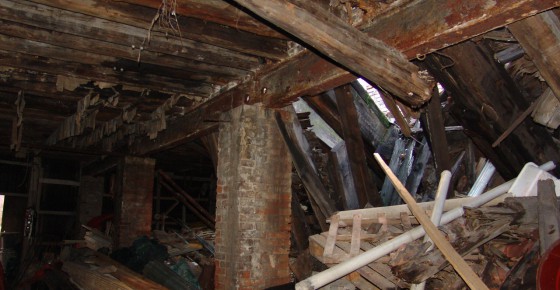 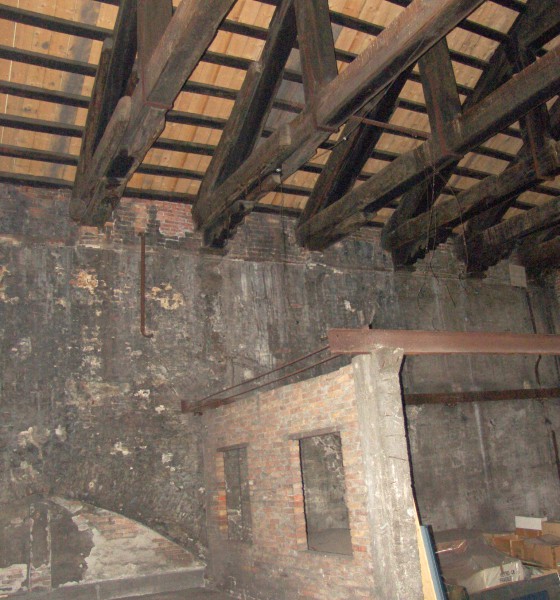 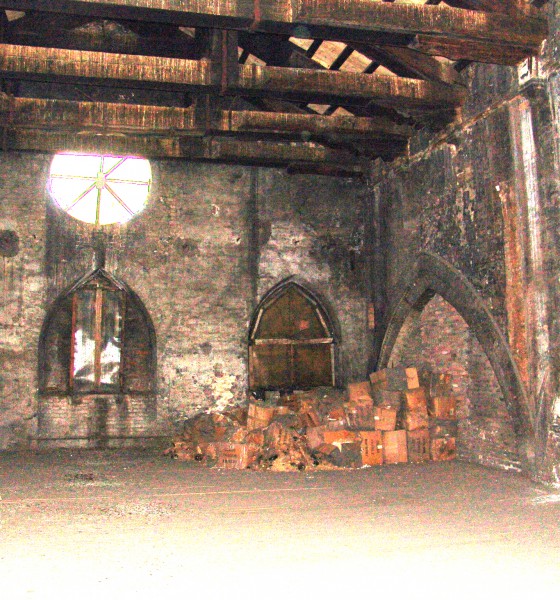 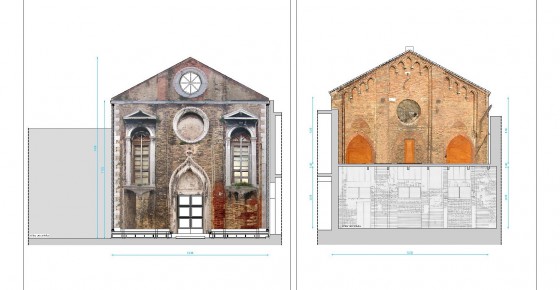 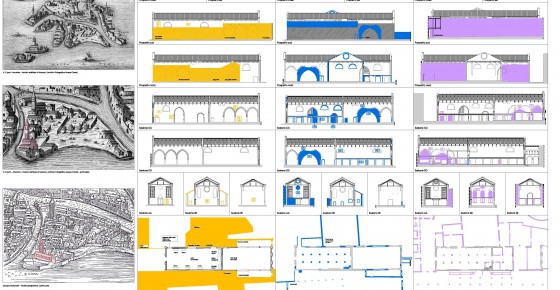 The Church of Santa Chiara has a very complex construction history. To put an order on the various phases of the building, we decided to undertake a stratigraphic analysis of the present masonry structures. The stratigraphic analysis has established a cognitive parallel path accomplished through archival research. Starting from a detailed metric survey and a material analysis, it was set the stratigraphic survey, based on three stages: the first effort was made to detect and record with numeric codes many types of materials of the building, with the second phase we registered through graphic symbols constructive relations that exist between the edges and surfaces of the different materials, with the last stage, instead, a lot of stratigraphic units were identified and the transformation phases of the building had been graphically represented.

CHARACTERISTIC OF THE PROJECT

The conservation and reuse project has the aim, in addition to preserving and strengthening the architecture, of using the main rooms of the building as exposition of the art glass created by local watchmakers. The intention is to combine the material culture related to the traditional craftsmanship of Murano island with an historic place, as the church of Santa Chiara, dated back to the early 14th century. 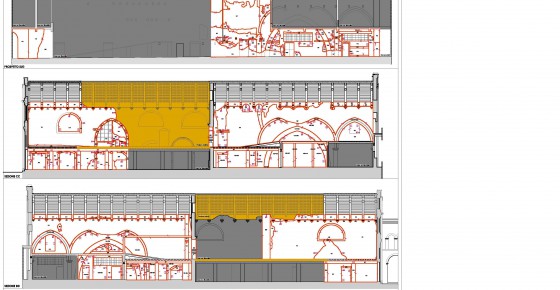 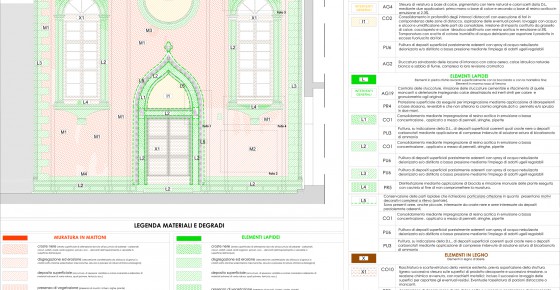 In General, the new function assigned to the church of santa Chiara, provides for a flexible use of spaces, allowing the building to breath after many years of interventions without any criteria. The collapse of the roof has highlighted two problems: the reconstruction of part of the north perimeter wall and part of the South and the recomposition of a portion of the wooden floor of the church hall. The new masonry is made, undercut, with handmade bricks of composition similar to the originals, including adjacent styling with natural hydraulic lime mortar and white river sand. The final intent is to distinguish the addition, in order to not misrepresent the context and to not make the add prevaricating or invasive but designed to get a pleasant and not disruptive relationship between the ancient and the new. The existing wooden floor is preserved and strengthened, while the rebuilt portion is detached from exterior walls and the load-bearing structures are made with different materials distinguishable from the original ones. 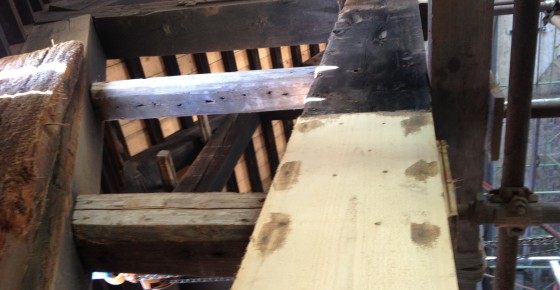 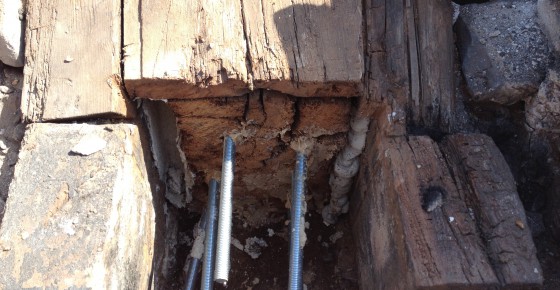 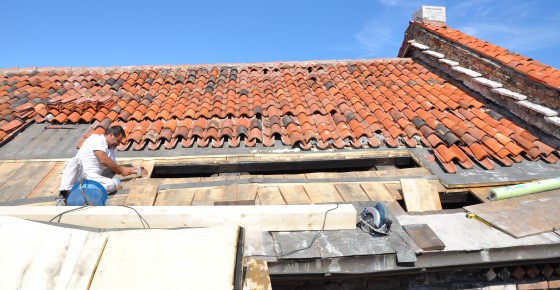