Porta Verona in Soave is the main gateway to the city, the architecturally most important and the best known. At the time of construction of the walls, according to the masterplan implemented by Cansignorio Della Scala in the 14th century, the town developed along a principal axis between Porta Aquila and Porta Verona, two of the three original gateways to the city, one to north to towards the valley, the other one to the South towards the ancient via Postumia.
The building organism of Porta Verona consists of two buildings well distinguishable in terms of static and historical identity: the Tower, built along the walls, and the front door attached in a second step.

The artifact was characterized by widespread phenomena of superficial decay and structural instability: the first one was due to pouring water, wind and frost that had washed away the surface, impoverished the mortar joints and corroded some bricks; another cause of decay was due to volatile organic deposits and to bird peaking that gradually demolished entire portions of structures. The structural failure was caused by structural losses, manifesting themselves with cracks especially on the large central vault and on stone walkways. 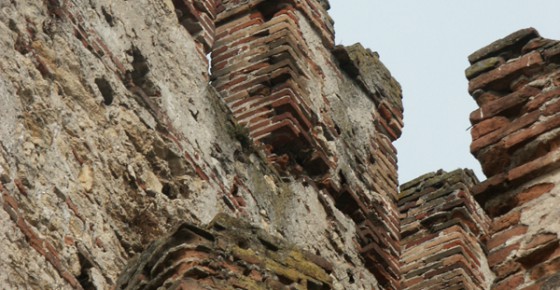 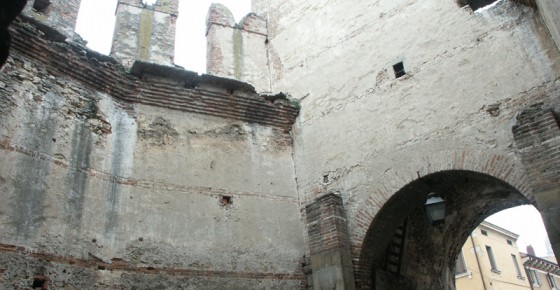 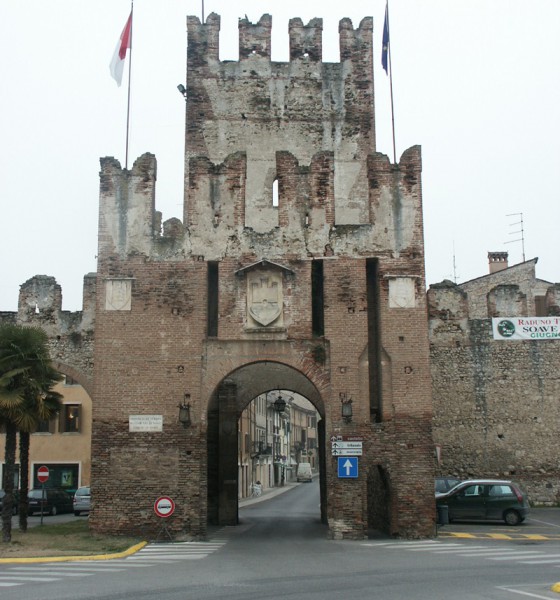 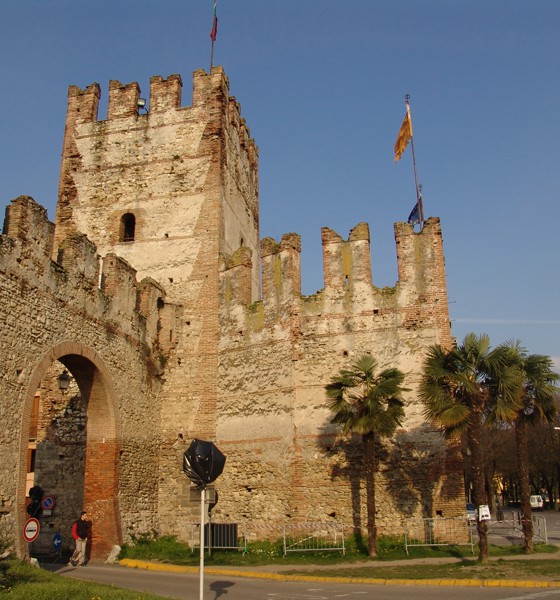 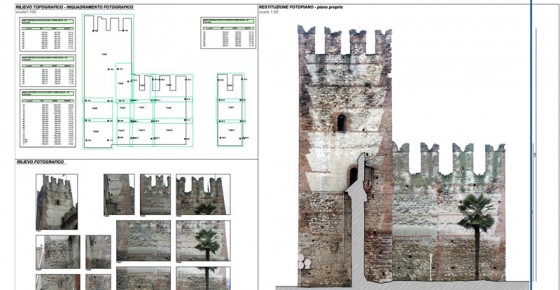 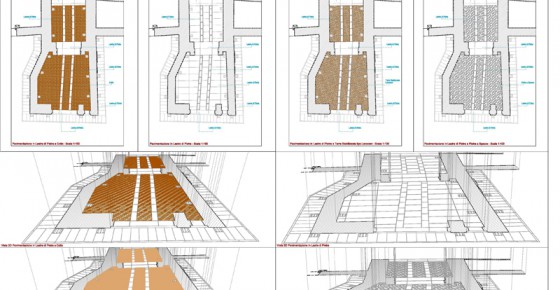 We developed a precise topographic, photogrammetric survey of exterior and interior elevations (Real View System ) and direct survey of plans to integrate the topographic survey. Then several physical chemical and petrographic analysis of stone materials and plaster (thin section studies and in glossy section, FT/IR and XRF analysis ) were carried out.

Although the Superintendent and client’s wills were to restore original shapes and characters, the edited project was of absolute preservation and so respect of even that time factor that decisively marks and features the artifact with also recent time actions. In the project the building was not intended as box of historical, artistic and figurative”values”to select, interpret and modify through liberation or restore interventions, but as a “stratified document of material culture”. Technically calibrated and punctual actions were designed to remove the failure and the decay on internal and external structures minimizing technical interventions in order to change as little as possible the stratified historical material of the important monument. 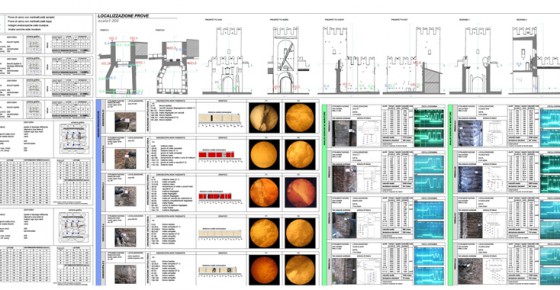 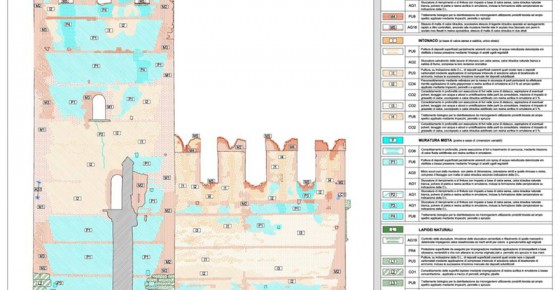 Important reinforcement interventions have been carried out such as consolidation of foundations through underpinning, nip/tuck of masonry and battlements similar to the removed original ones, injections of fluid additivated mortar in case of masonry discontinuity and presence of internal voids. Conservation of materials consisted first in vegetation pest and in punctual cleaning in presence of black crusts or partially adhered deposits, then through body wraps, water jets and pressure-controlled aggregates, then we realized consolidation interventions in case of surface erosion or disintegration of this lime plaster and stone materials in order to protect the top of the battlements and to repair the joints of all surfaces. 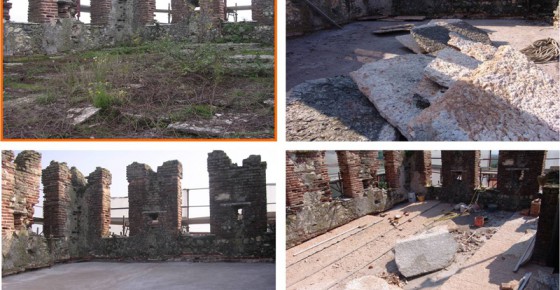 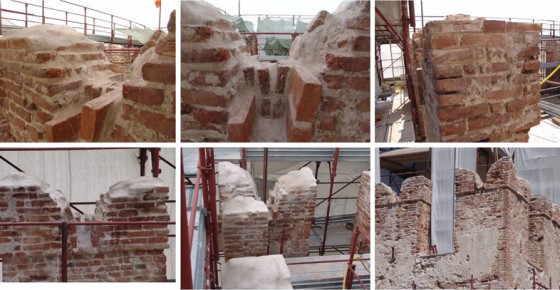 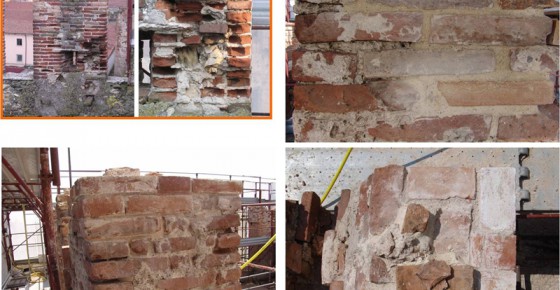 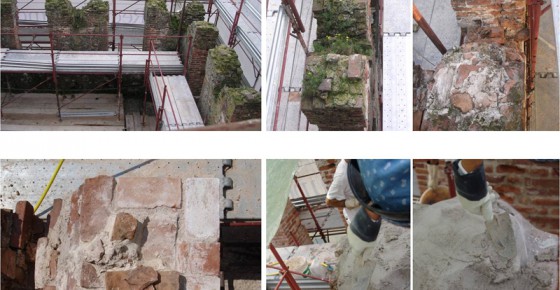