The Municipal Palace was purchased by the city only a few decades ago from private owners. Historical informations are scarce also because of a fire of the municipal records at the beginning of the last century. The main façade has a very regular shape: a central rectangular part where is located the main entrance and two lower wings with sloping roof. The Palace has three floors above ground regarding the central part and two floors on side wings. Because of the elongated size, as well as the presence of altana, similar for position and conformation to a tower, the structure of the building looks likes a fifteenth period palace, assumption that will have to be necessarily supported by historical sources.

The Palace has undergone technological adaptations in recent decades, but, because of their infrequency and sporadicity, have obviously caused decay situations, especially on the roof. Outside, the latest restoration interventions of the façades date back to the early 80 ‘s of the last century, but now evident signs of advanced decay due to the loss of the rain collection system are recognizable, the detachment of certain elements of the cornice in stucco, the chromatic alteration of the paint film, surface erosion of some portions of plaster.

Project of conservation of the main façade 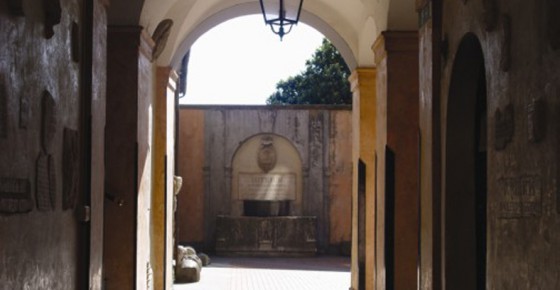 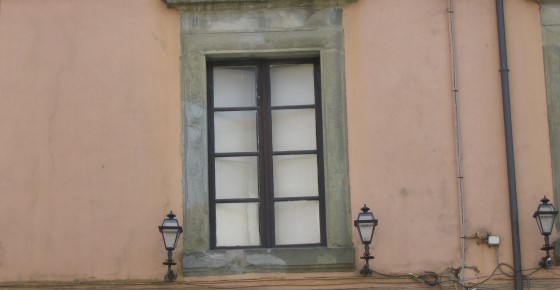 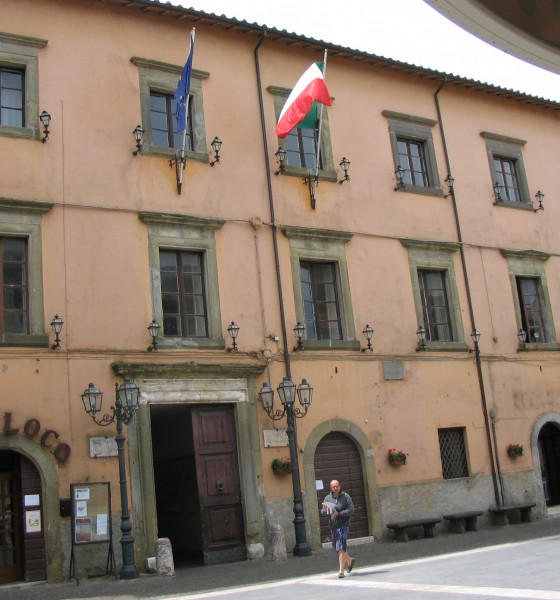 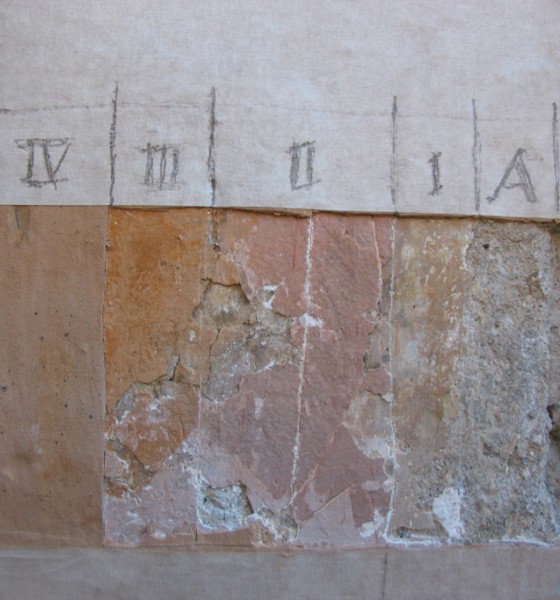 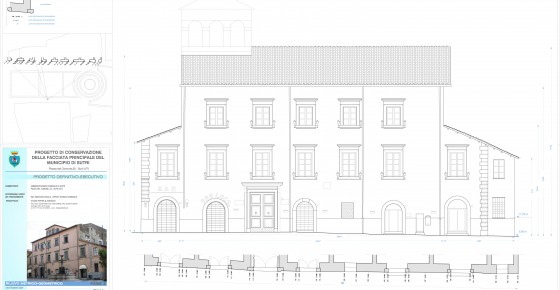 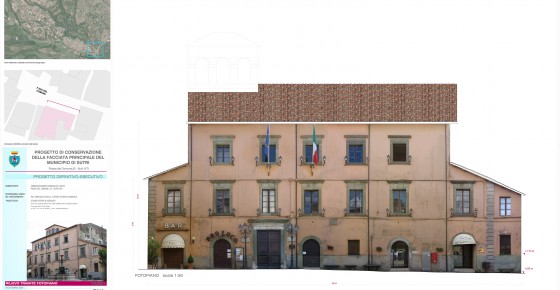 The colouring layer darkens with subsequent overlays, in line with what is documented in Roman architecture in which from light colours (Roman plaster, Genovese glue) of sixteenth or eighteenth century palaces, overlaps, even for noble palaces, the use of colours in lime-based paints.

The project, executed on punctual mapping of whole elevation, generally plans to remove the surface layers of paint to consolidate and preserve the underlying plaster. This layer will be preserved as much as possible, consolidated by injections of compatible substances evaluated from time to time such as: mixtures of pit lime and desalinized hydraulic white lime and cocciopesto, considering to add pozzolana or acrylic resin. It is planned to manually remove the plaster in contact with the soil up to the limit of the opposite square, in order to carry out the drafting of renovating plaster with dehumidifying action. 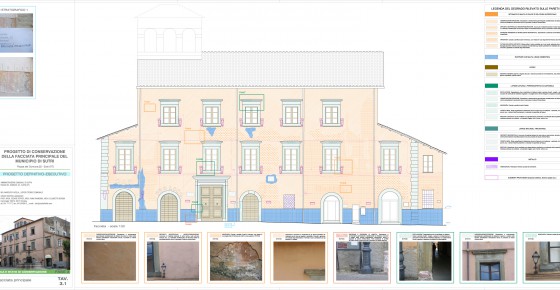 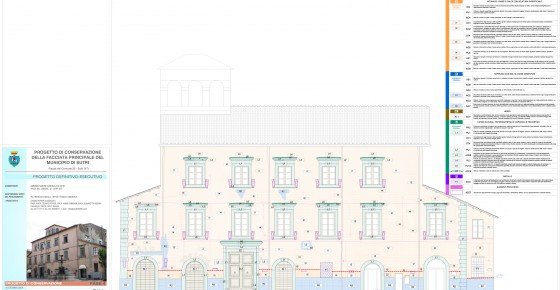