The complex consists on a courtyard on which different parts of the buildings are organized: the parish house, the lower body of the porch and the most rural part. The original nucleus dates back to the 15th century, but the most significant intervention was probably carried out during 18th century, period in which the last part of the house, porches, the sables, the above barn and the rustic annexes were built. Also the main façade seems to date back to that period: it is regulated and punctuated by a modular divisions of panels of the façade enclosed by pilasters and cornices, where it’s possible to notice many openings. Its linear development, based on careful research of the proportion of the parts, shows an elegant stylistic exercise, conceived through the combined use of architectural elements derived from classical tradition, as the pilasters with capitals and bases, and the finish used in the decorations around doors and windows, made with stucco relief stucco, re proposed in accordance with the Baroque taste.

The main apartment has recently been used as private residences, however maintenance interventions carried out were not always suitable to preserve the existing materials. In particular, all the external base was covered by a cementitious plaster and, inside, some terracotta tiles were replaced with cementitious grit. 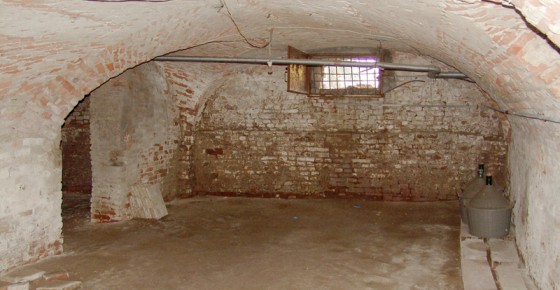 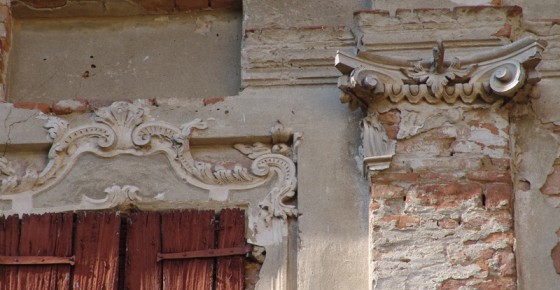 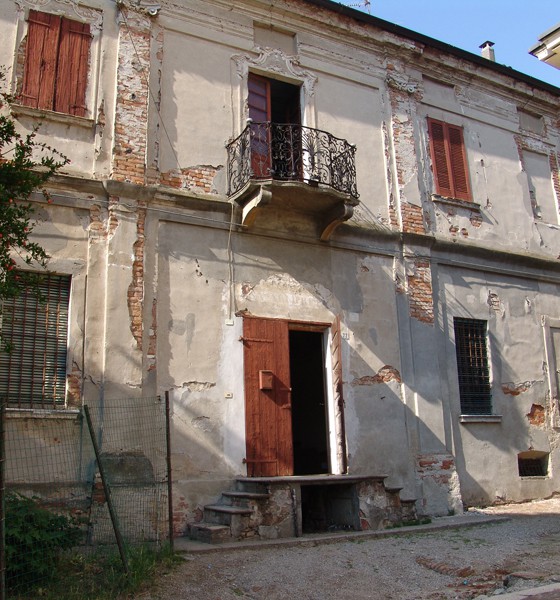 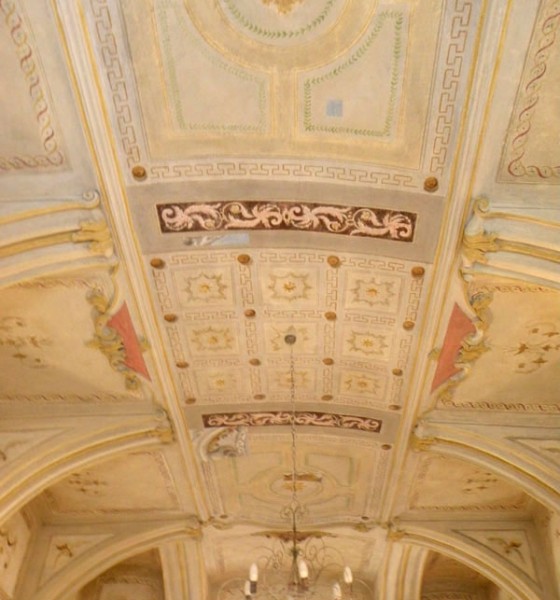 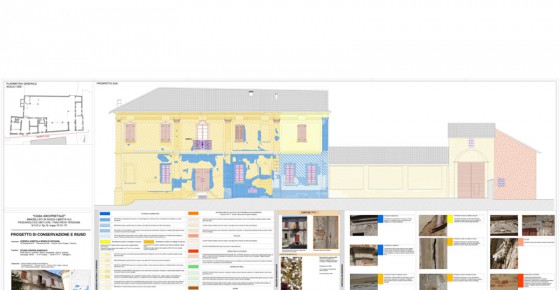 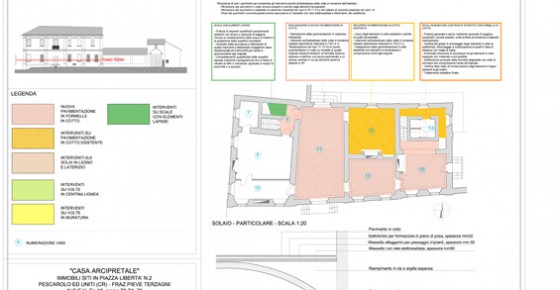 The analysis and scientific knowledge were located mainly in the study of the external plaster through sampling and analysis with polished thin sections; and in the stratigraphy of interior plasters to characterize the pictorial pre existences.

The project aimed to study a complex reuse linked to new activities, providing the use of ground floor to catering activities and the first floor to rooms of an hotel structure. The new function has not led to deep changes to the architectural structure, unless for technological upgrading of existing plants. It is expected a floor heating system where, for static reasons, the cotto elements were removed, while a traditional system in other cases. The removals were minimum and in general affected incongruous elements; the additions have tried to keep the use of traditional materials. 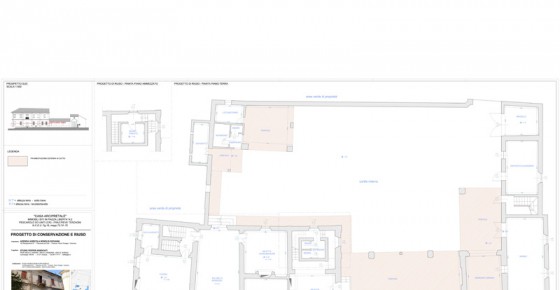 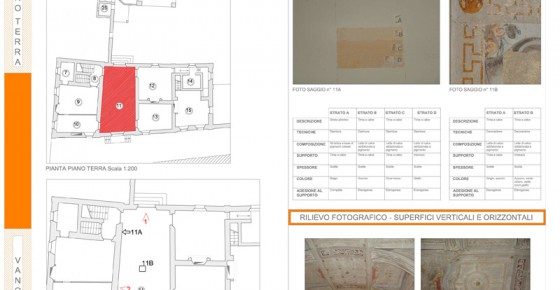 Many technical interventions have taken place almost simultaneously; the wooden floors have been reinforced proceeding beam by-beam; chains with function of containment of the vault thrusts have been added; the plasters have been consolidated and integrated and those fallen or unrecoverable rebuilt; all the pictorial cycles have been restored as well as windows, doors and the iron decorated balaustrade. 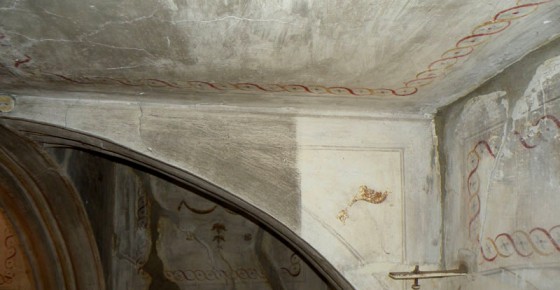 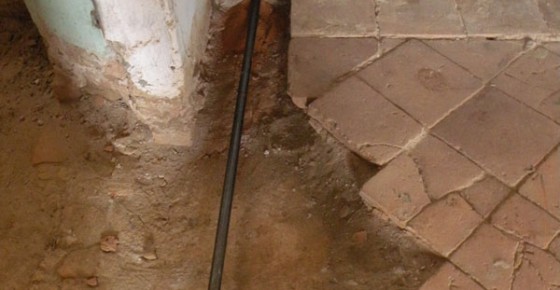 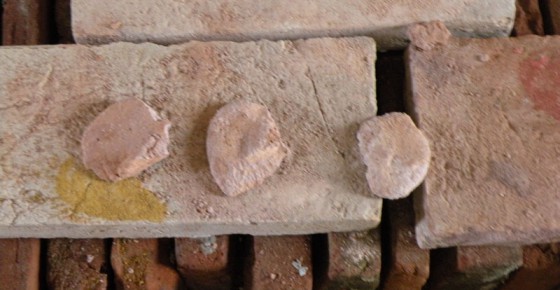 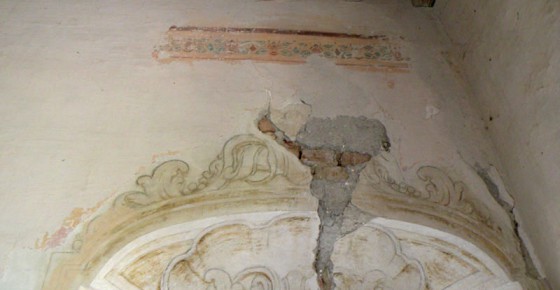