The slaughterhouse complex originated in 1888 when the architect Gioacchino Erosh, who had already assisted in the restoration of the previous slaughtering area built behind piazza del Popolo by Pope Leo XII, was commissioned to design a larger complex that would meet the new requirements. The 9E pavilion located in the southernmost portion of the complex is characterized by a modest size of about 32 to 18 meters and is completely abandoned so that it recently suffered structural failures and the roof totally collapsed. The elevations are characterized by a vertical squaring consisting of stone, with ashlar on the bottom part, until the first string-course and of flat stucco pieces until the cornice. The additional element that characterizes the interiors of the building represents a classic remain of local industrial archaeology and consists of a sequence of 10 metal pillars, symmetrically mirrored in relation to the longitudinal axis, in turn supporting horizontal beams with hooks that once were used to hang the meat during slaughter.

The building is currently without roof because of the failure of support structures, that occurred in 2004, and the subsequent collapse of the cover. Safety underpinnings in pipes and joints surround three sides of the factory; the collapse of iron trusses has caused considerable structural failures of vertical walls, with the loss of about twenty courses of brick at the top of the south longitudinal wall. The remaining walls present however on four fronts deformations and local displacement of some bricks. 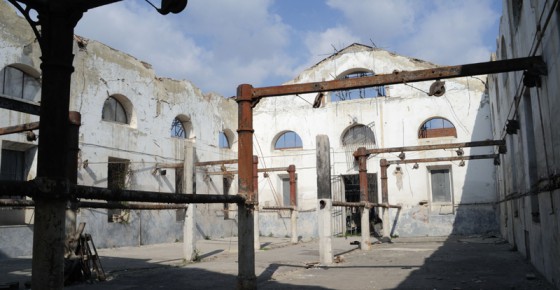 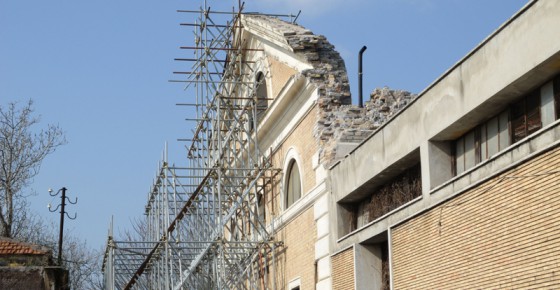 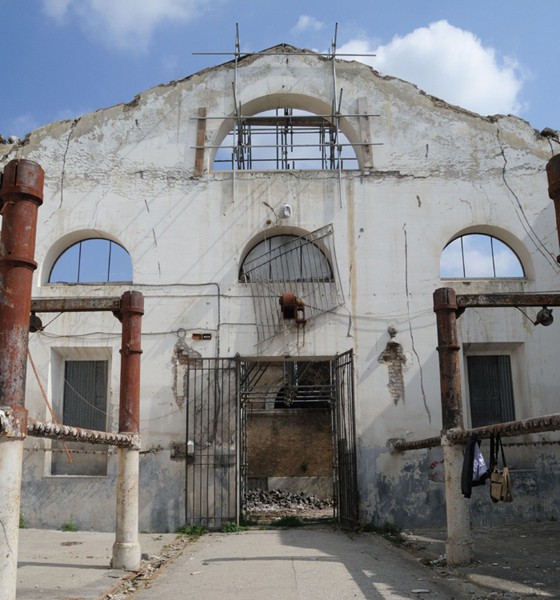 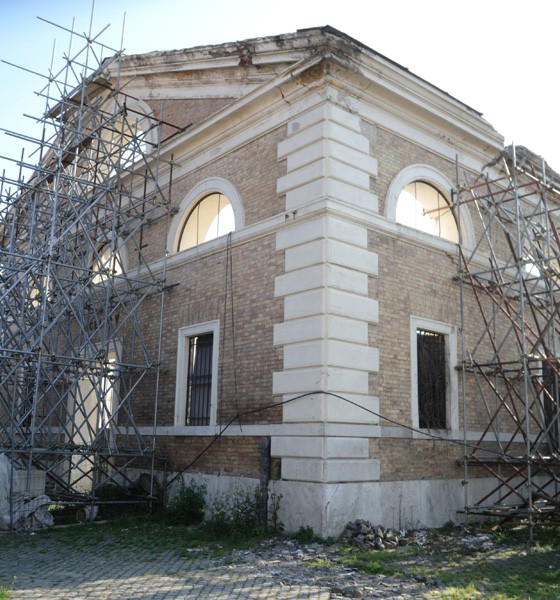 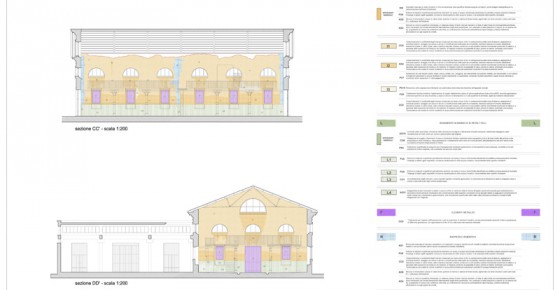 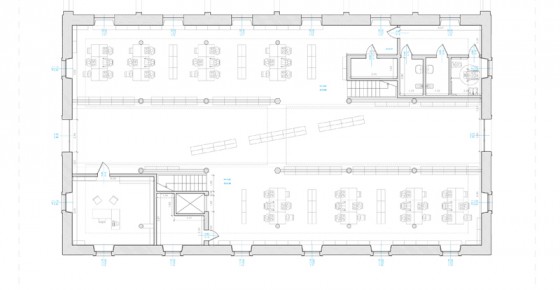 A series of site investigations have been carried out in order to verify completely the structural behaviour of the building and to know the constraints imposed by the boundary conditions (geognostic analysis, structural analysis of foundations and ground, endoscopies on masonries, physical and chemical analyses on samples of mortar).

The design choice is to enhance the original parts of the building and to insert all needed elements, with their own and recognizable images, in order to make the pavilion functional for the new destination intended to service the Faculty of architecture. We plan to put a library which will be developed on two levels in the way to use the existing structure of cast-iron pillars on the ground floor. The design of the new bridge allows to keep free the view in the central part of the building and along the relevant walls. The aim is to make clearly distinguishable the new mezzanine floor while maintaining the spatial concept of the pavilion. 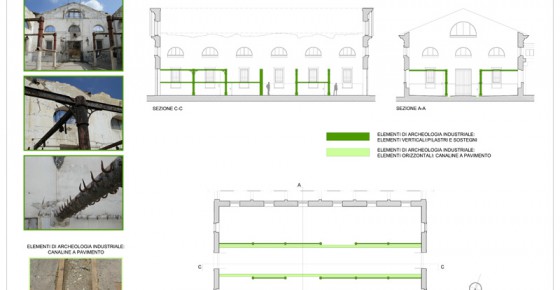 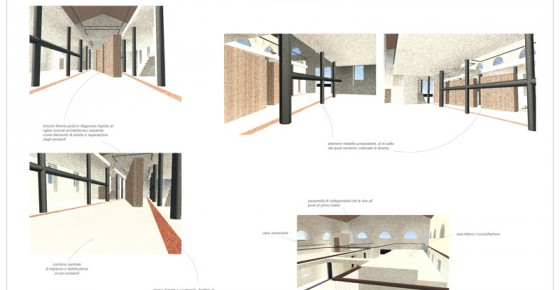