The little oratory directly overlooks via del Barcon and, as reported by the inscription on the stone altar with marble inlays, was built in 1666 and dedicated to the immaculate conception of Mary and to S.Antonio a Padova by Domenico and Angelo Franzani, Counts of Meduna. The oratory has a front door with a triangular pediment framed by four Corinthian pilasters which support it. The naves are covered by a barrel vault and the presbytery by a cross vault; the 17th-century altar, inlaid in marble, was adorned with a painting of the nineteenth century representative Sant’Antonio to whom the Virgin appears. The Church, no longer used from the70s of the 20th century, suffered the collapse of the vault in November 2006.

The main damages were the structural problems caused by the collapse of the inner vault. The failure was due to localized rot of the wooden structure because of rainwater infiltrations. All interior and exterior surfaces were characterized by decays caused by weathering and lack of maintenance for decades.
. 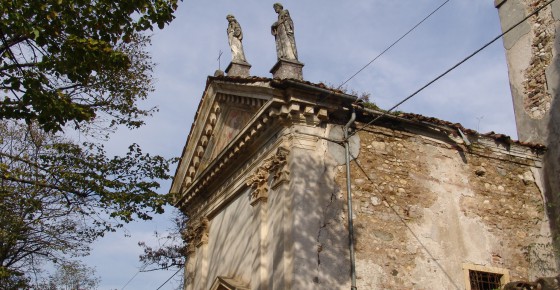 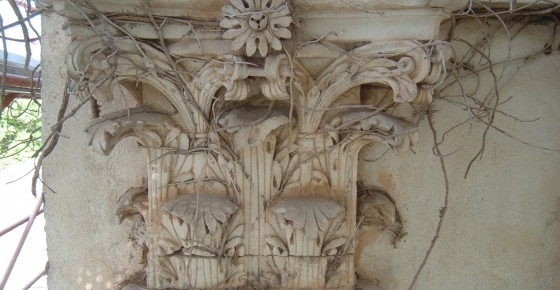 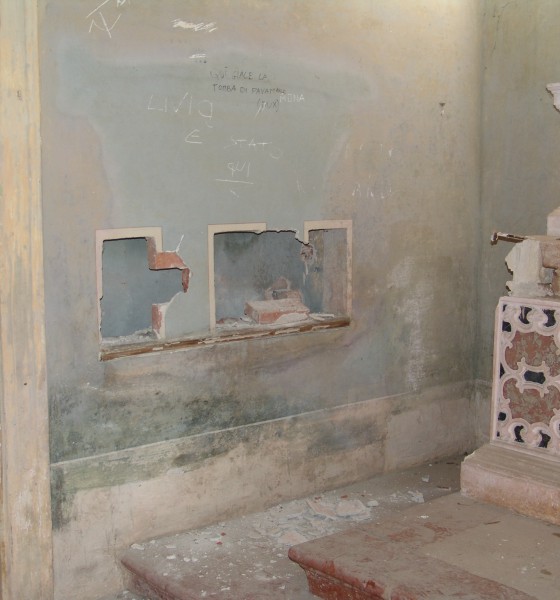 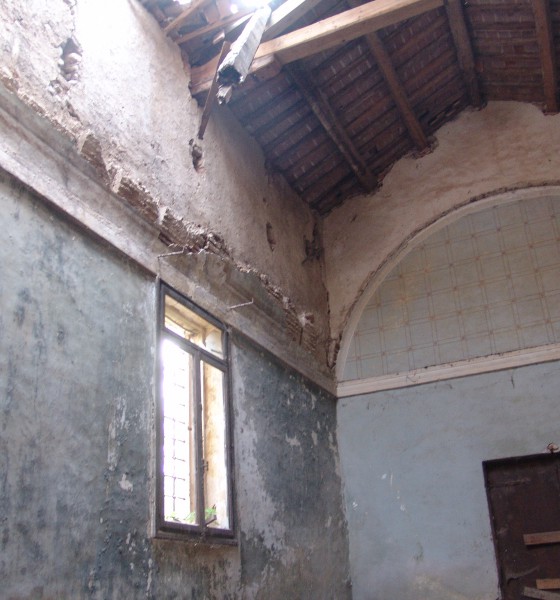 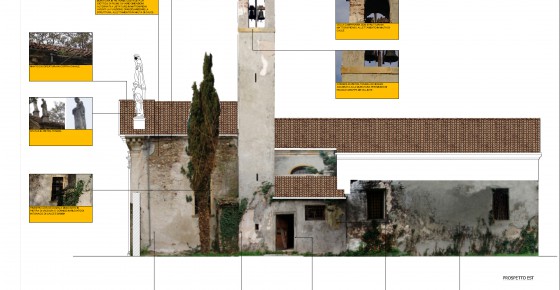 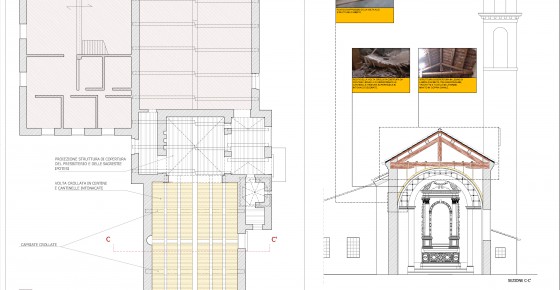 The most urgent intervention regarded the barrel vault that, collapsing inside, requested timely operations of safety of the whole structure and restoration of the roof. Thankfully when the vault collapsed surveys and analysis had already been carried out, proving crucial during the work site. 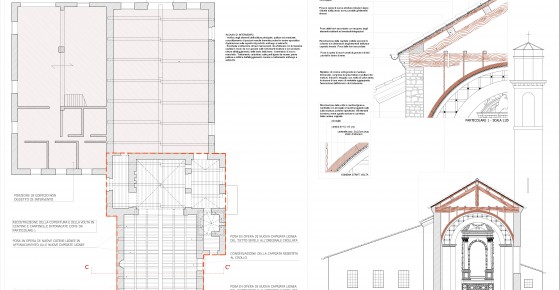 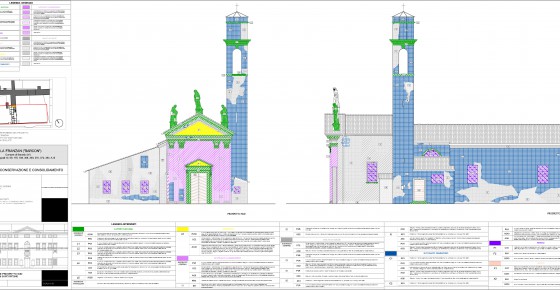 Despite the urgent problem due to the collapse, a systematic series of interventions have been carried out in order to consolidate the structure and make it accessible to the public again. Once achieved the roof safety, the missing part of the vault has been integrated, the anchors of roof has been re-established and the damaged or missing beams have been added. The state of the walls has been improved through special ventilated underground cavity; all the pictorial films, the inner and exterior plasters, including the bell tower ones, have been preserved; the stone altar has been restored and a new pavement with cotto remains has been realized. 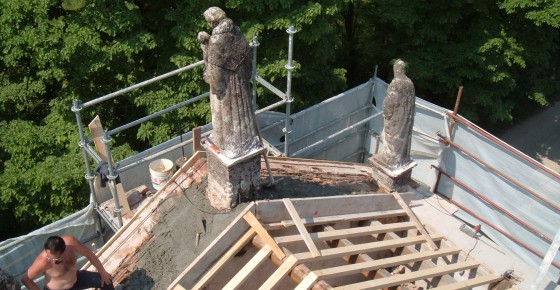 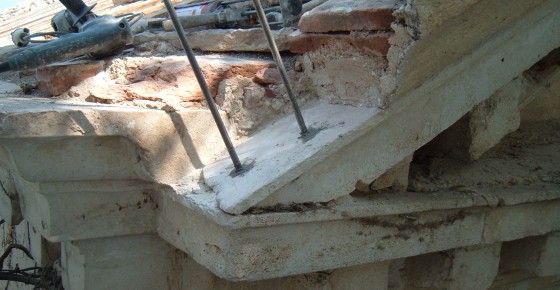 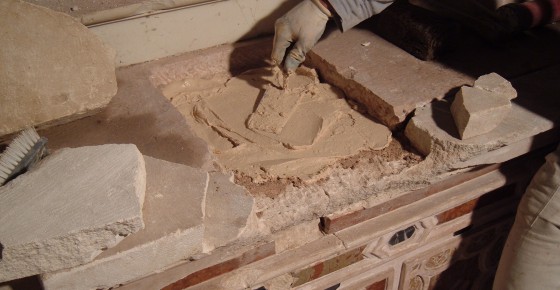 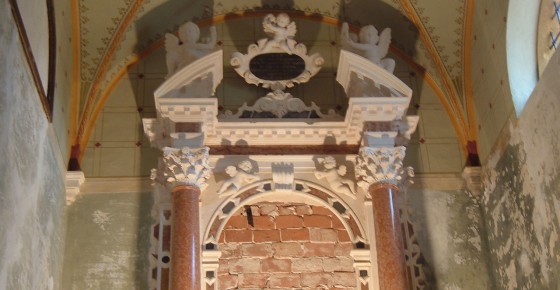