The Pizzighettone village is located on the left bank of Adda, fronted, on the opposite bank, by the correspondent fortified nucleus of Gera. Taking advantage of the special natural defences due to the confluence of Serio Morto con l’Adda, the site was provided with a castle and walls since 12th century. The Visconti, in the second half of the fourteenth century, empowered (and perhaps largely rebuilt) the castle, then, in the first half of the 15th century, strengthened also the walls of the village. Under Spanish domination Pizzighettone assumed the role of fundamental strongpoint, with Lecco, Lodi and Cremona, of that defensive line that the owners of Milan attested on Adda and on Po river in opposition to Venice. In 1639 the cut of the Adda River in correspondence with Pizzighettone was realized according to Barattieri’s project ” cò quali sarà ridotto il fiume à camminar rettamente ..” with the obvious aim to “drop” the waters of the river against the fortress of Pizzighettone, making the defence more secure. As a result of this intervention, from 1646, the walls were surrounded by a ring of bastions. Later, during the Austrian domination and ordered by Charles VI, a comprehensive reform of Pizzighettone fortifications was realized, starting from 1720, with the construction of a ramparts on the west of the town of Gera and the strengthening of the medieval walls by adding a crown of masonry casemates, various defensive measures, and a large defensive moat outside. After the the nineteenth century dismantling and the cancellation of part of the seventeenth bastions due to the massive expansion of the town to the east, today only significant parts are preserved: traces of the Castle, the pillboxes near the ancient walls, the Rivellino to guard the road to Cremona, ramparts and embankment works of Gera.

Abandonment and lack of maintenance caused the proliferation of invasive vegetation both inside and outside the building. Masonry joints are often absent or worn out by vegetation that has often overridden the walls becoming part of them. 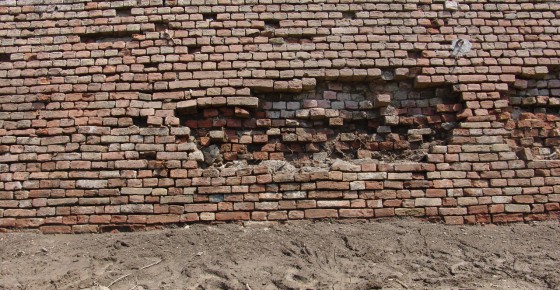 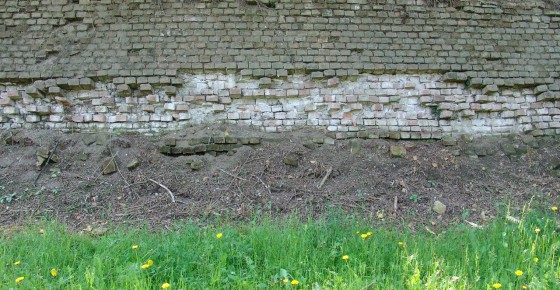 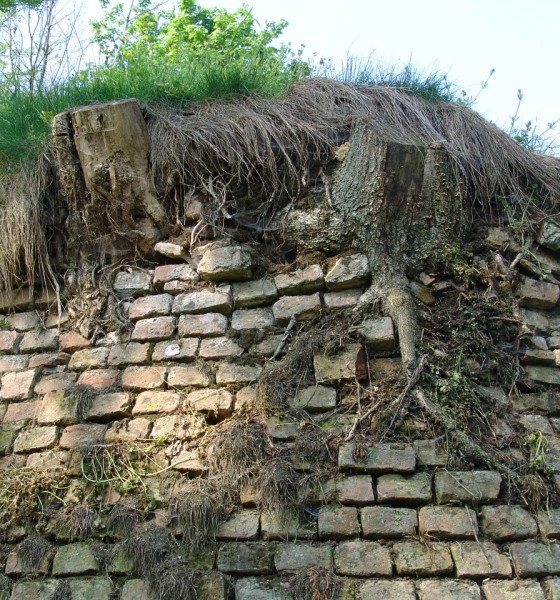 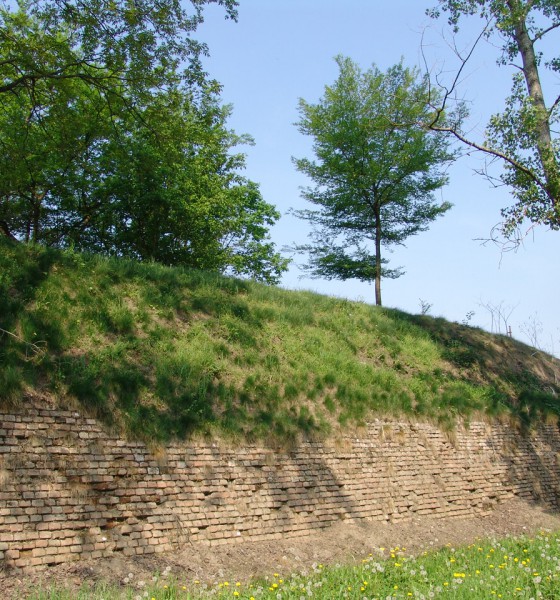 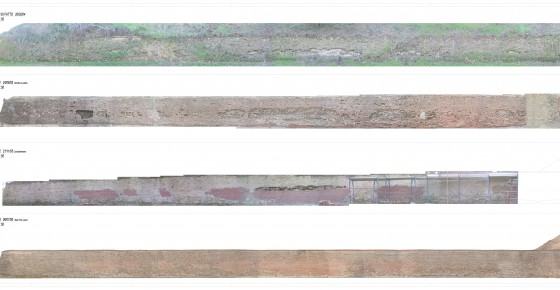 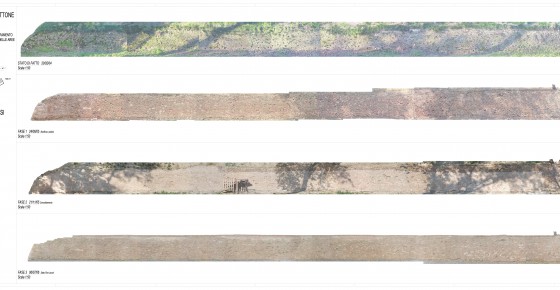 Particular care has been observed in the analysis of masonry texture in order to categorize the different textural and structural typologies and homogeneous areas for composition and structure. The analyses were subsequently updated during the interventions (as built) and at the end of the work, resulting in a geometric and material comparison as well as a testament of what performed. 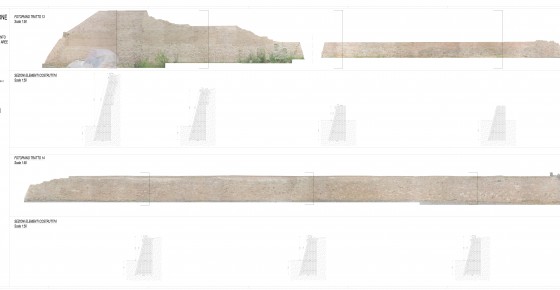 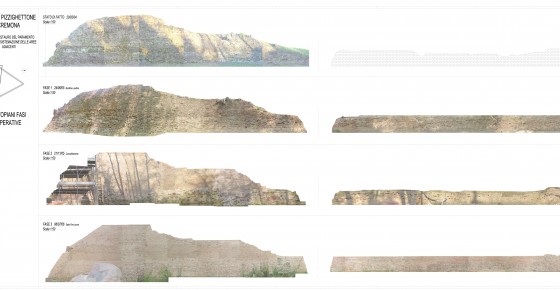 Important interventions have been implemented, such as the removal of embankments created over time, of the upper infesting vegetation and of that parts close to detachments. Preservation interventions of materials have consisted first by vegetation pest and by timely cleaning in presence of black crusts or partially adhered deposits, then we have realized consolidation interventions through nip/tuck with new elements realized as the original ones. The joints have been repaired by lime mortar and sand and the walls, where there isn’t the brick crowning, have been protected with cocciopesto mortar. Some portions of the upper vegetation, as they are completely blended with the walls, have been left in place, after demineralization. 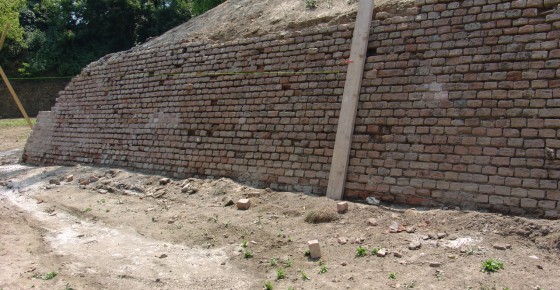 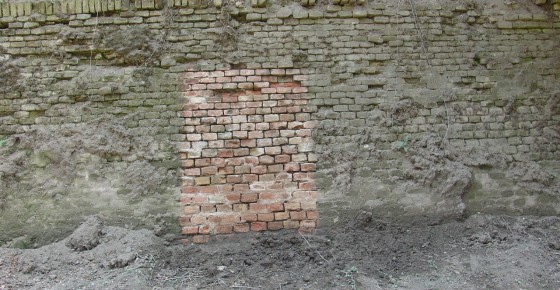 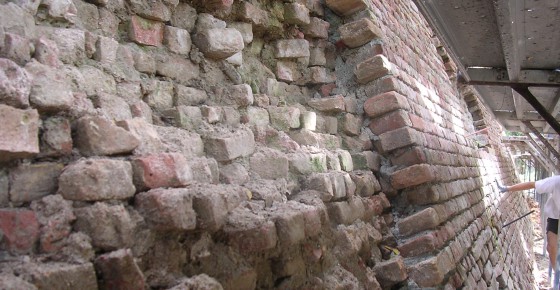 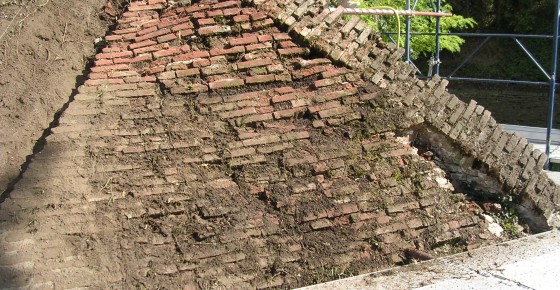