The Court Ravignani-Guarienti represents the oldest part of a vast agrarian settlement already flourishing in the town of Fumane in Valpolicella near North of Verona during the 16th century as testified by an inscription on the wall in 1686. The area concerned is the one in front and rear the sharecropper’s House that connected the noble house, which still exists, with the rural storage cellar building. No historical found evidence has highlighted traces about the previous buildings, but, given the rural use of the complex, it is assumed that the area is more related to the use and the natural conformation of the terrain.

The uncovered areas were intended for agricultural use of the neighbouring cellar, therefore no special care other than routine maintenance has been dedicated to these spaces. On the front there is a large square, partly paved with large slabs in stone of Lessinia, while at the back there is an uncultivated land situated on steep terrain with some fruit trees placed on the edges. 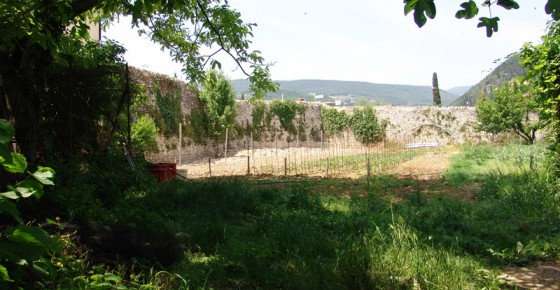 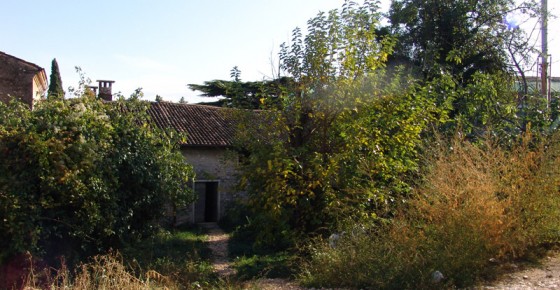 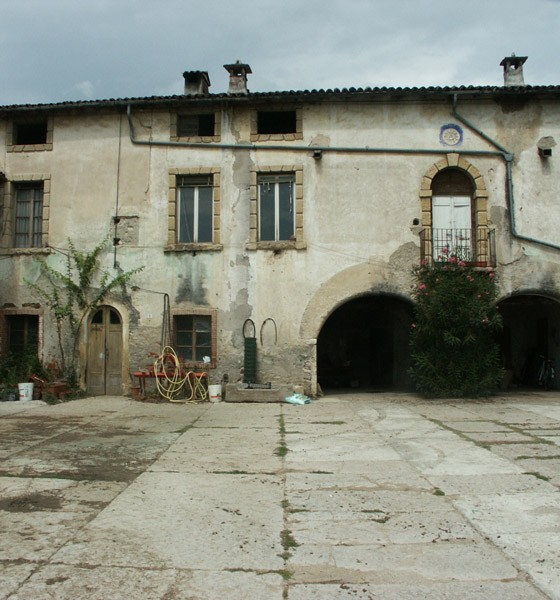 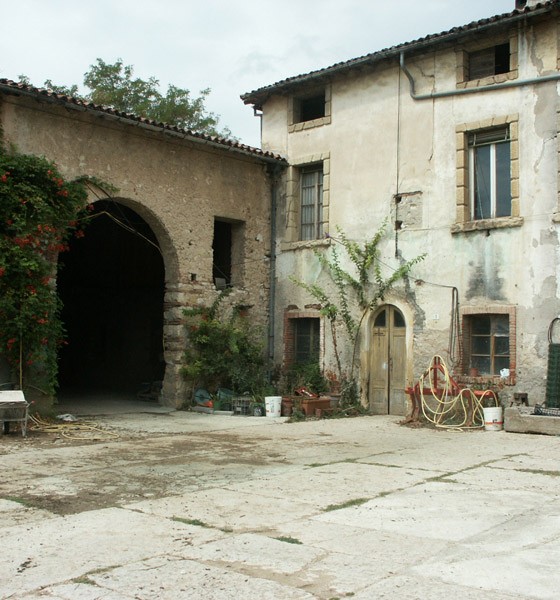 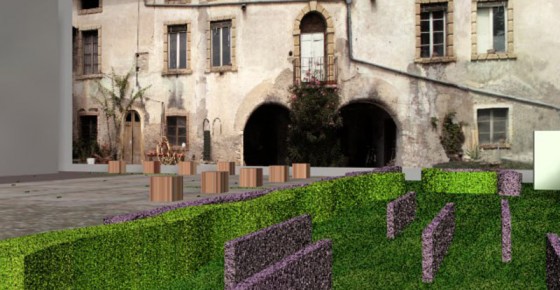 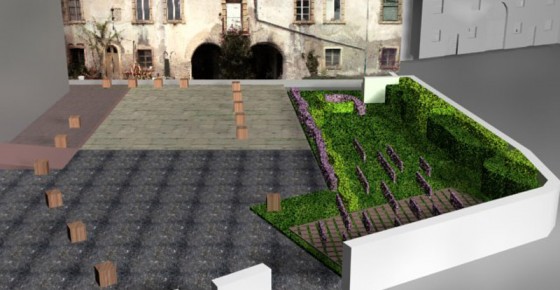 The design of green areas is part of a wider project of functional change of the property from an agricultural use to a residential one, dividing the building in different units. The front area retains its agricultural vocation, in conjunction with the wine continuity of the adjoining cellar, proposing again great slabs in stone of Lessinia but placed at random intervals. Between the joints of the slabs about 10 cm are left in order to let the grass strips grow; these strips rejoin with themselves on the opposite lawn situated on the edge of the property. On the back, place intended for new accesses, a preferential path has been redesigned using again large slabs of Lessinia with irregular pitch. The development of land, although regularised, has been kept naturally steep and with mostly low scrub essences. The unique prevalent element in height is a new olive tree placed in the middle of a flower bed that indicates the beginning of a new path. 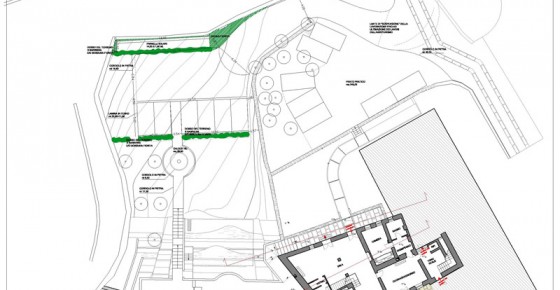 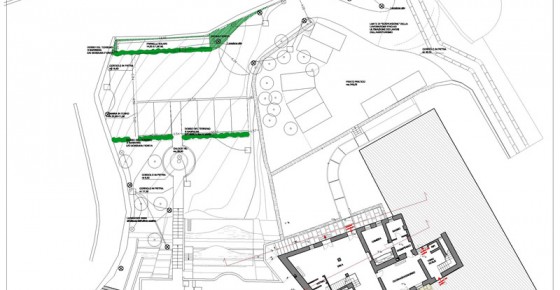 Shrubs essences and ground cover species have been privileged to cover the steep areas, while most of the land has been sown again with grass. The most delicate interventions have been focused on the choice of treadable pavements in the back, which resulted in several samples of a new flooring made of gravel and mortar with different sizes and colours. The manoeuvring areas are made with green block and lawn to keep as much as possible the naturalness of the place. 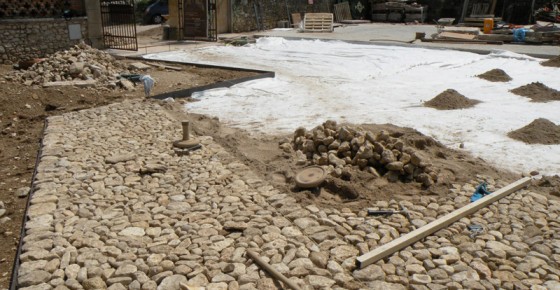 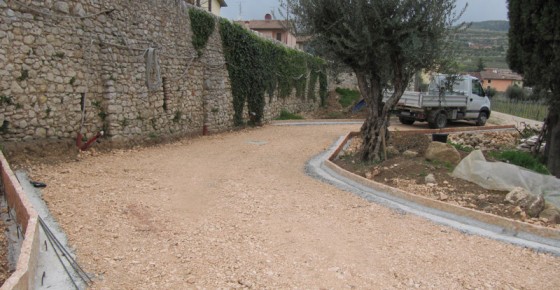 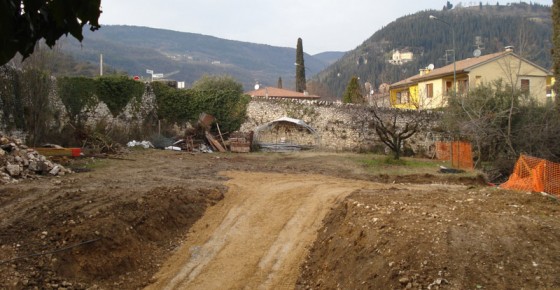 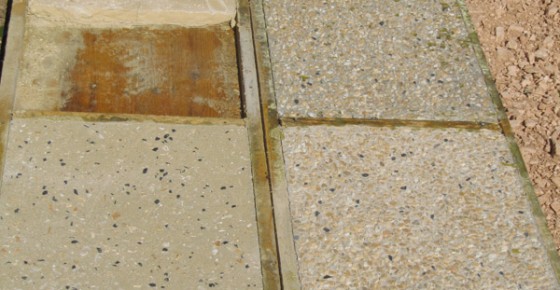 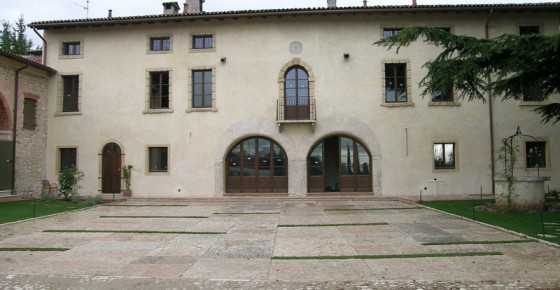 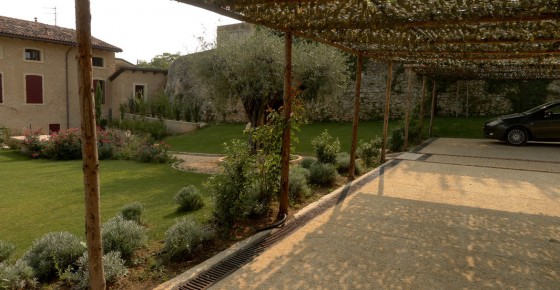 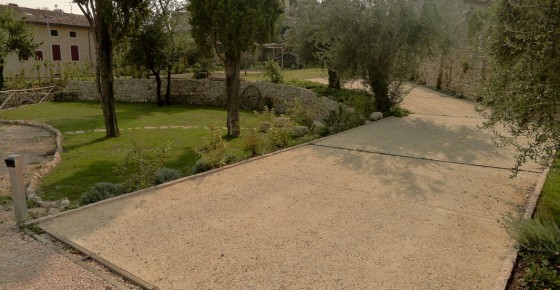 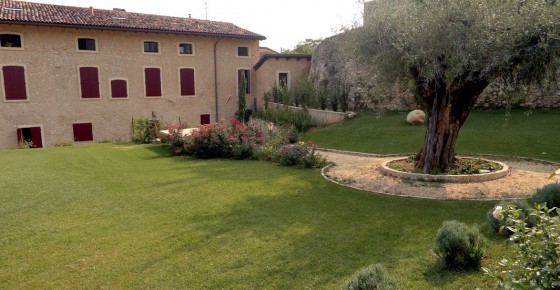