The building is located in the historic centre of Vicenza; the architect Bertotti Scamozzi designed it in 1770 and Franceschini brothers realized it with the desire to combine the main building and the former factory; in 1830 the new owners Folco completed the construction. During the 20’s it was the biggest Casa del Fascio of Italy. The building has a C shape architectural conformation with a central court and an important façade with rustic ashlar on the base and rigorous architectural elements on the main and second floor.

The decay, affecting the surfaces in plaster and soft stone, was diversified in relation to its localization and was particularly due to natural agents such as rain, wind, atmospheric deposits and many volatile organic remains. On the ground floor the parts in rustic ashlar were invaded by humidity absorbed by the soil and very damaged by vehicular pollution. 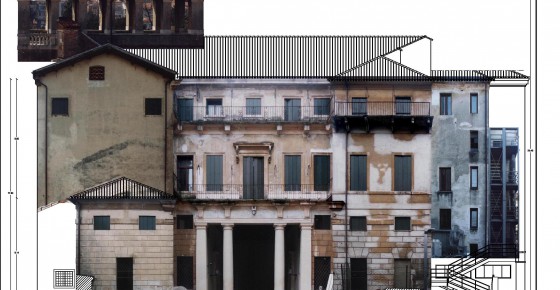 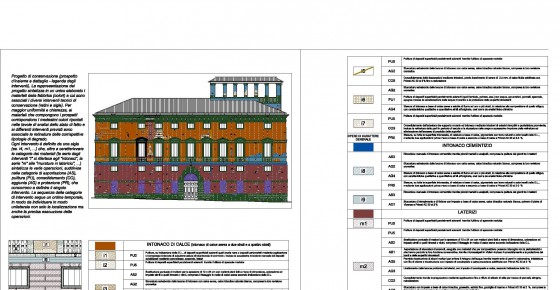 A precise geometric analysis of the building was conducted through direct and topographic survey and photo-plans of high quality and accuracy; samples of materials were taken and physiochemical analysis of their decay were realized.

Within the preservation project of surfaces of Folco Palace the aim was not to renew and restore but to maintain the status of fact, although consisting of poor materials, integrating it with consolidations and spot repairs to minimize the change. So the rustic ashlar of the main façade on the ground floor has been preserved in its current configuration avoiding the thin plaster maybe originally present. On the upper floors all the existing plaster was maintained with minimal spot repairs and revealing it with one hand of lime in order to make distinguishable the preserved parts from the new ones. 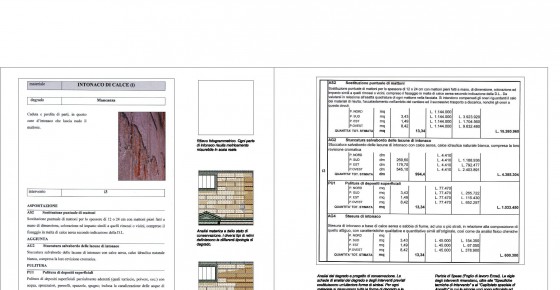 The realized technical interventions follow the restoration methodology starting from removals of improper elements such as cementitious repairs and acrylic paintings, cleaning of different kind of deposit, consolidations according to superficial or deep detachments of the surfaces and ending with the add of maintenance products such as the hands of lime painting or protective synthetic products. 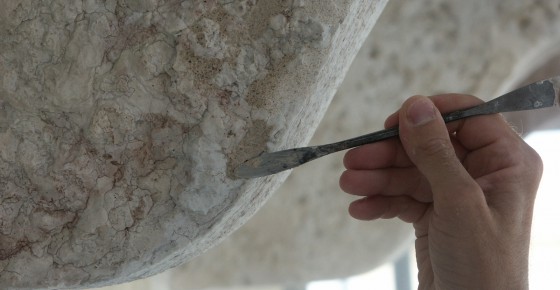 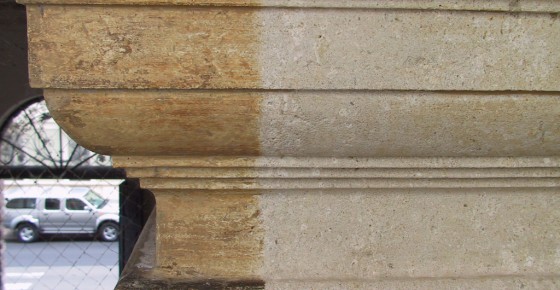 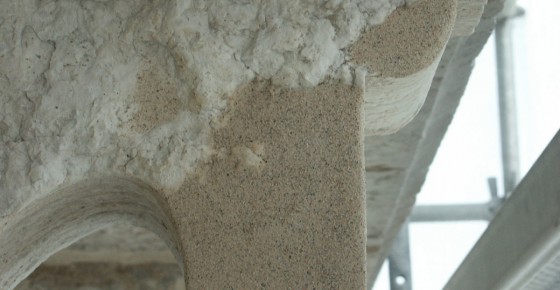 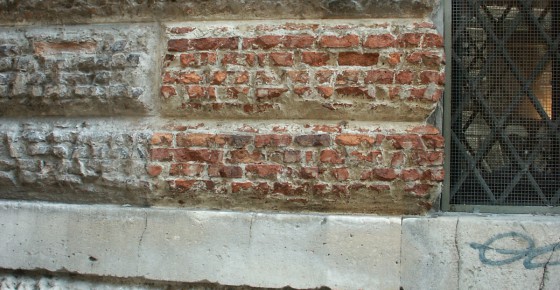