The ex Oil mill of Garda Lake is an extremely large and articulated architectural complex; situated at the entrance of the small historic centre of Gargnano; it encompasses open spaces, industrial archaeologies and remains of one of the oldest Franciscan convents of Northern Italy. The pre existences of the convent belong to the thirteenth century and the cloister and some parts attached to the ground and first floor are currently almost intact. At the end of 1879 the Franciscan convent underwent the first major changes: the construction of the building where the oil was extracted from laurel berries and in 1903 an external chimney was built. This intervention determined the demolition of part of the convent and led to the loss of the “court of oranges”. In the 20th century, the building used for bay berries processing and the lemon garden were significantly changed by three events of particular importance: the completion of the Toscolano-Gargnano tramway route (1922), the construction of the western Gardesana (1929-1931) which involved the demolition of part of the laurel mill and the enlargement of the access road to the town (1968). The large complex of industrial archaeology identifies with the country because in addition to be a great physical symbol it’s the place where the local civilization has deeply left its testimonies.

The building was abandoned and unused for both productive functions and residential ones. Despite being the symbol of the town of Gargnano, for its architectural historical and symbolical significance, it was in bad state of conservation: horizontal structures were completely rotten, coverings let the water pass, lacking foundations produced structural instabilities, capillary rising humidity characterized the walls etc.. 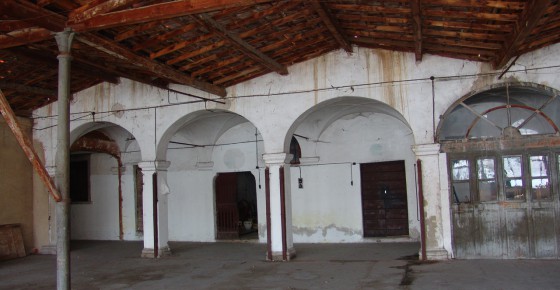 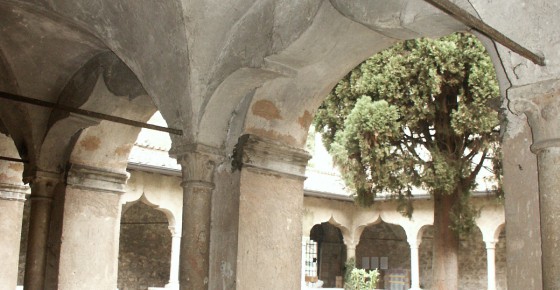 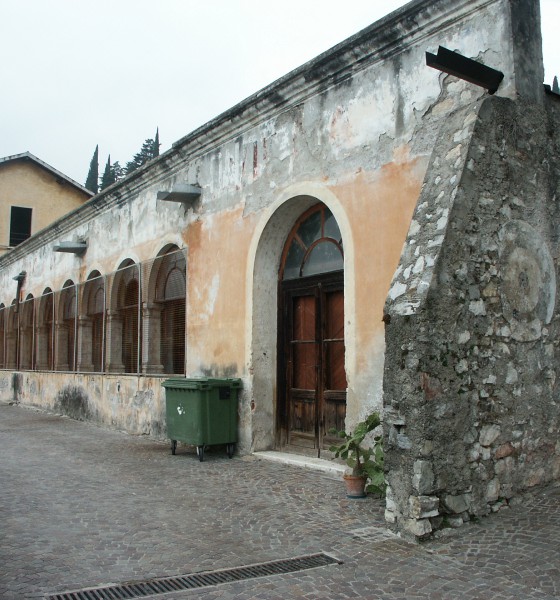 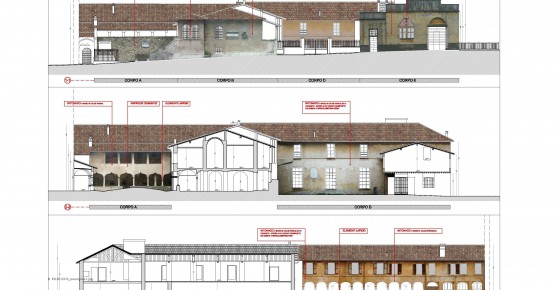 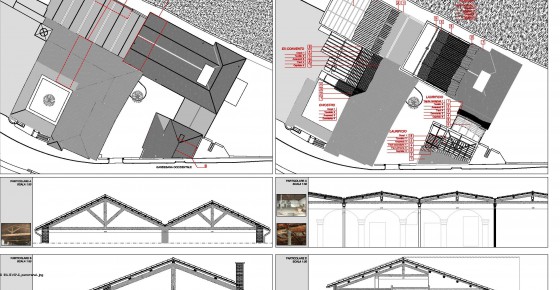 The architectural complexity of the relationships between the several bodies and recent and ancient stories, with different characters and volumes, obliged historical, distributive and evolutionary analysis. Functional diagrams were developed in the way to deepen private and public paths, interior and exterior spaces, accesses, both in their historical development and in design hypothesis.

The main project aim was to seek a compatible reuse of the important spaces of the building. The reuse of the large ex Oil Mill was solved by putting a different distribution that allowed to optimize the residential use; in the ex convent a commercial function was designed preserving the structural grid of load bearing elements and inserting tiny box services; the ex building of lemon sorting was left intact for future collective use as restaurant or meeting room and the ex laurel mill was intended for a bank on condition that the furniture made by archaeological processing technologies were kept. Outside, the solution of car parks and useless buildings built in the 1960s were a problem difficult to solve: in this case the project planned to build a new garage and new volumes on the limonaia foundations through not faked but compatible forms. 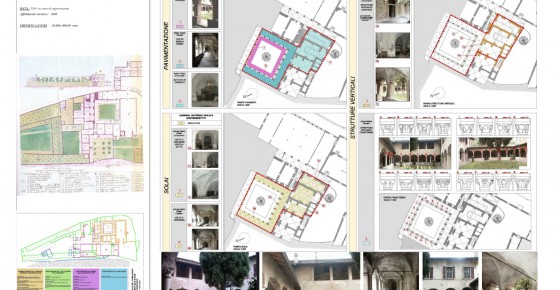 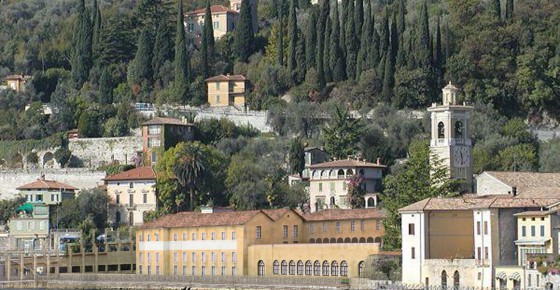 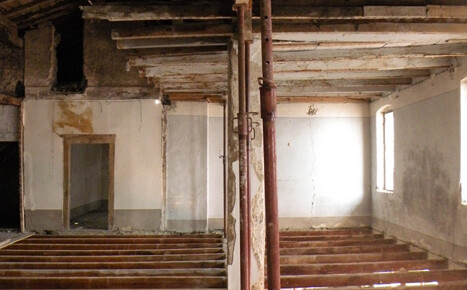 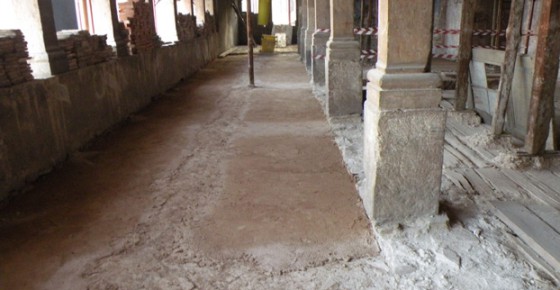 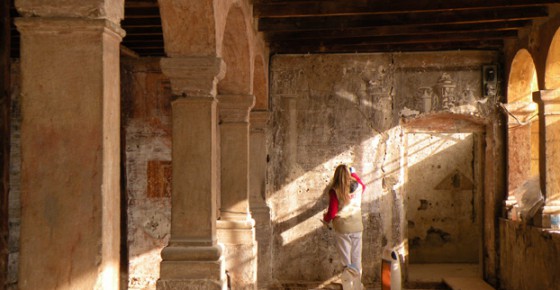 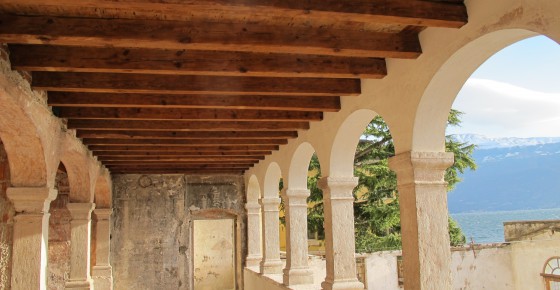