It’s a bridge in masonry and concrete with five large arches with a central aedicule. The documents tell about the Roman bridge and a subsequent renovation in 1351; the current one dates back to the World War II when, as a result of the bombings, was rebuilt offsetting it from the original site and modifying the architectural shape.

Some through cracks and decays present on the piles worried the Administration that organized so a diagnostic campaign. 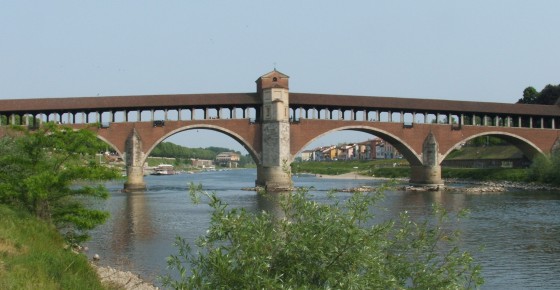 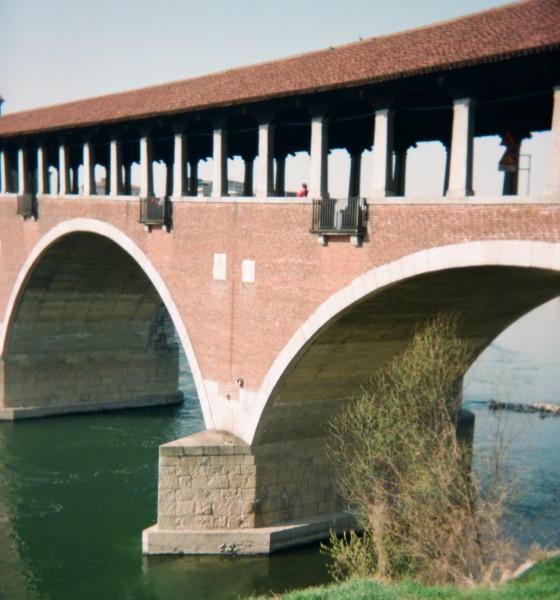 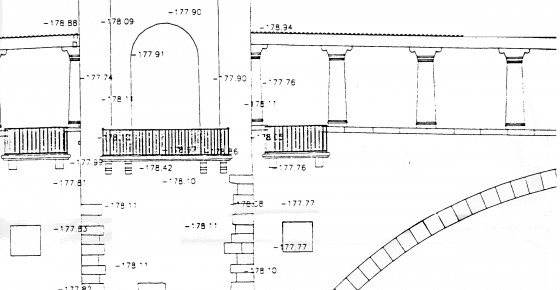 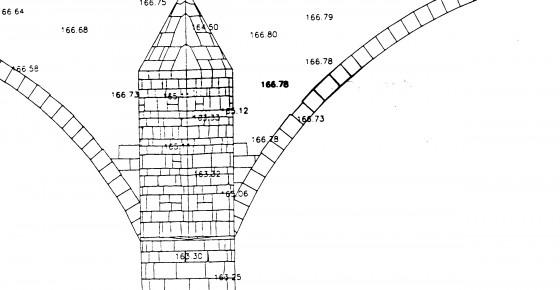 The started operation was very complex because it included: the survey of elevation parts and that inside between the covered road and the extrados of the vault besides all the bridge; the underwater photographic and direct survey of the piles to the bottom of the river; and, finally, the morphological survey of the riverbed. Everything had to be plugged into a single system and so framed in the context of a polygonal with primary and secondary vertices that transposed the following surveys: the architectural survey of plans, elevations and interiors, the underwater one of the piles and the environmental one of upstream and downstream bathymetrics.

The survey was designed with different stages realized almost simultaneously by multiple operators. The topographic survey was carried out by a network of main framework consisting of 7 vertices placed on the banks and on the bridge; the instrument used was a theodolite with distance meter of electromagnetic waves with beam coaxial to the axis of the telescope. Later we collected 764 points of detail on elevations and on stations that were surveying the depth of the River with a pitch of 5 metres and with sounder. From the boat the subsequent photogrammetric survey was carried out using a symmetric Rollei 6006 camera and running 100 catches. The underwater surveys were carried out by operators with VHS camcorder deepening decay of submerged boulders and their failures. The graphic drawing was made in Autocad in scale 1:100 plus a representation in scale 1:20 of submerged structures. The summary of the encountered problems was descriptive for precise will of the municipal administration. 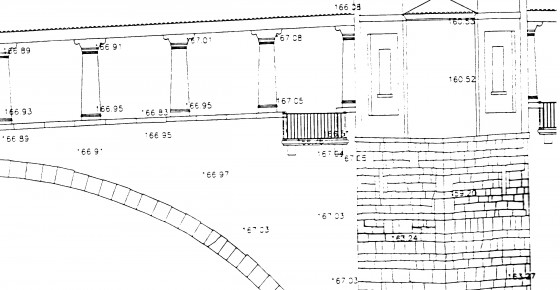 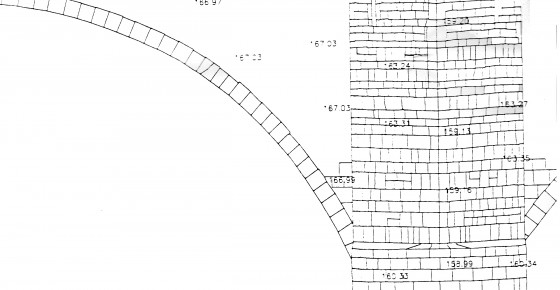