It is an ancient theatre placed in a small courtyard a few hundred meters from San Marco’s square. The large building presents on the ground floor commercial activities and on all the remaining floors residences; the main façade is characterised by interesting ornaments of the early twentieth century, the side one by four high columns behind which there is, almost suspended, the condominium stairs. What characterizes the building is that all the individual units were built over time inside the emptiness of the stage and the stalls without a design that rationalized the structures and with single logic regardless of underlying and overlaying loads. The result is a static chaos where no masonry vertically corresponds, where the floors and coverings download on free support points and where the foundations are absent..

The structural failures that characterized the complex were impressive and progressive: the trusses were supported by brick walls realized in “ fake” and so collapsed with the slab below, the stone staircase was strongly deformed and basically without supports if not some corroded hooks linked to slender columns, many attics were interrupted by crossbars supported by wooden walls also without supports,etc.. 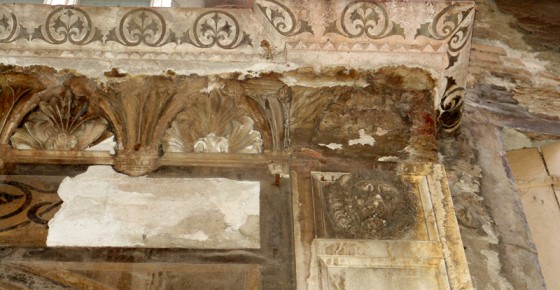 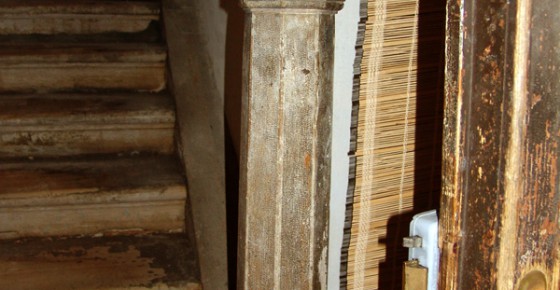 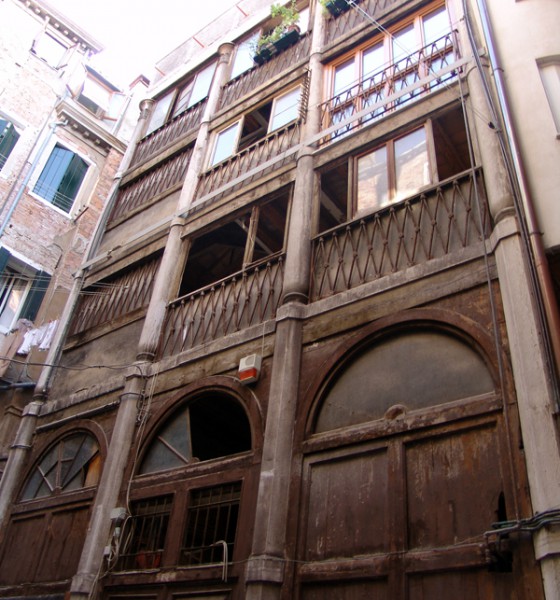 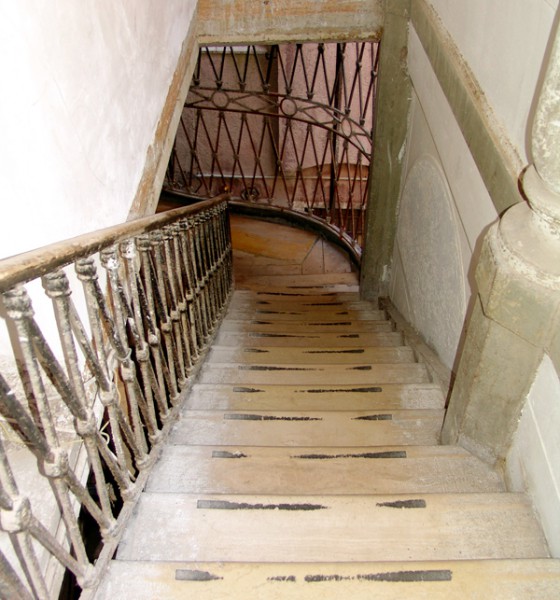 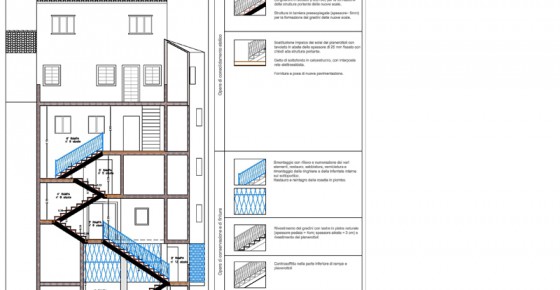 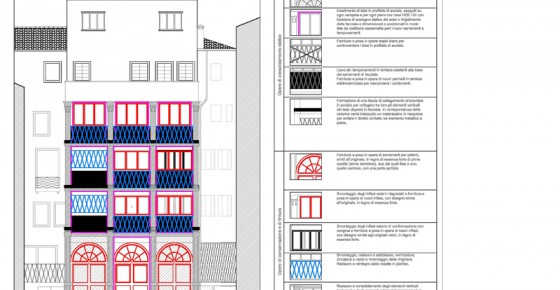 It is started with a detailed direct survey on which the main and secondary walls, the slabs and their discharge points, the trusses and purlins of the covers with their points of support, the staircase and its connections to columns have been recognized and identified, etc. Direct survey on foundations and structures have been carried out consistent with the fact that all units were inhabited except the top floor declared unusable for static reasons.

The project aim was to provide a structural rationality to the large building within the limits imposed by the current distribution, the needs of owners, retailers and the costs.
The work was divided into several phases and the building in different parts with separate problems. Given the impossibility to evacuate residents and to proceed with the implementation of new structures from the foundations to the roof, the reinforcement was designed for vertical blocks giving to each of them some points or floor-to-ceiling strokes structurally reliable. The design was also very influenced by the particularities of the site which did not allow the access of large machinery, it was also fed by a small canal so it was impossible to get large amounts of concrete, of iron joists or wood beams, moreover the dimensions of transported items could not exceed 4-5 m, the crane could not be used, etc.. 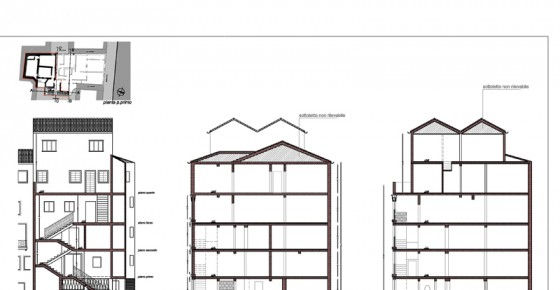 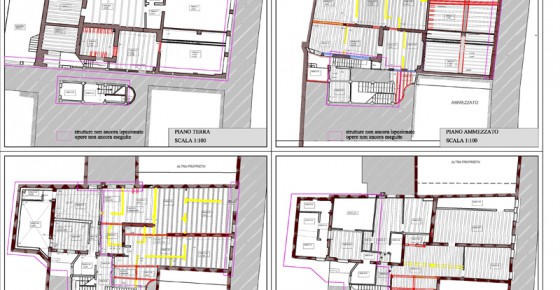 Technical interventions were complex in itself, because they were hardly detectable, and the particularity of the work site characterized by cramped, small rooms and lack of access by mechanical machines. Some technical interventions, including many performed were: hand excavation of mud and the drainage of the water copiously entering from the canal; installation of wooden piles and creation of new foundations; the realization of new brickwork above the new foundations to provide some support to attics and roofs; the realisation of unique works and metal carpentry to support wooden floors, to connect disconnected structures to provide support to the stone staircase, the creation of armed seams on those few brickworks. During the second phase important interventions were made on roof, external elevations, columns of the façade and on the remaining portion of the building. 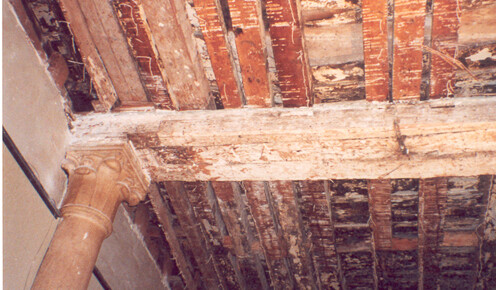 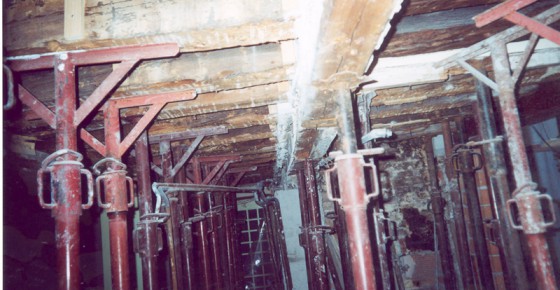 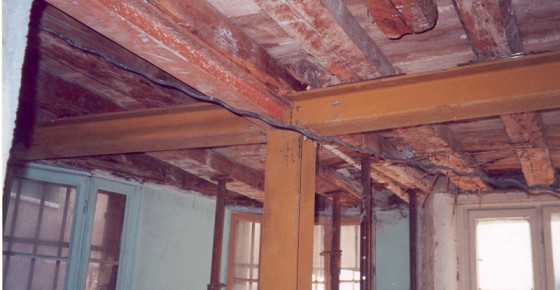 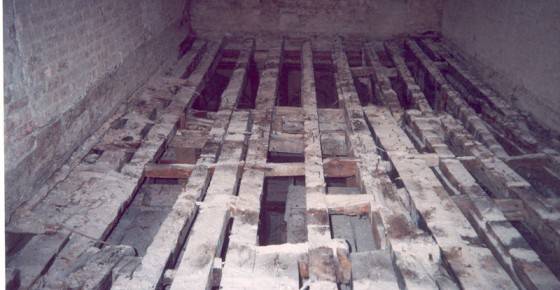