Verona exceptionally represents the concept of fortified city in several stages, characteristic of European history. In its urban and suburban space monumental works are still visible, as in an architectural atlas, forming a repertoire of nearly 2,000 years of history art of fortification. Urban walls, in their final asset, have a development of more than nine kilometres and occupy nearly one hundred hectares with their works: towers, curtains, washers, ramparts, ditches, embankments, ramparts. No city in Europe has more interesting fortification works regarding extension, artistic quality, technique and sample, representing a true compendium of fortifications, from Roman times to the end of the 800. The walls subject of interventions have a longitudinal development of approximately 1700 m, some portions of walls set against the embankments, others are part of underground buildings that had military function, while other portions are free walls. At about half of the total development, the continuity of walls is interrupted by Door Campofiore. The entrances to the intervention area through the walls are from the two arches of viale Università and the already nominated Door Campofiore today closed by a gate.

The decay affecting the surfaces varied according to the type of the material and location, particularly in relation to the different exposure of elevations. Abandonment and lack of maintenance caused the proliferation of invasive vegetation. Masonry joints are often absent or worn out by vegetation. 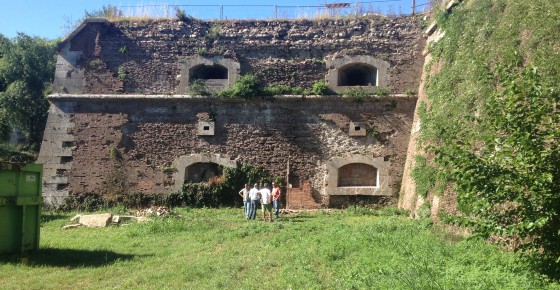 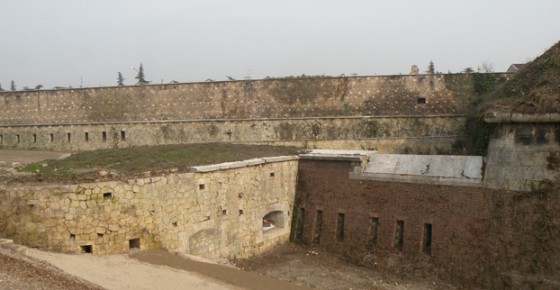 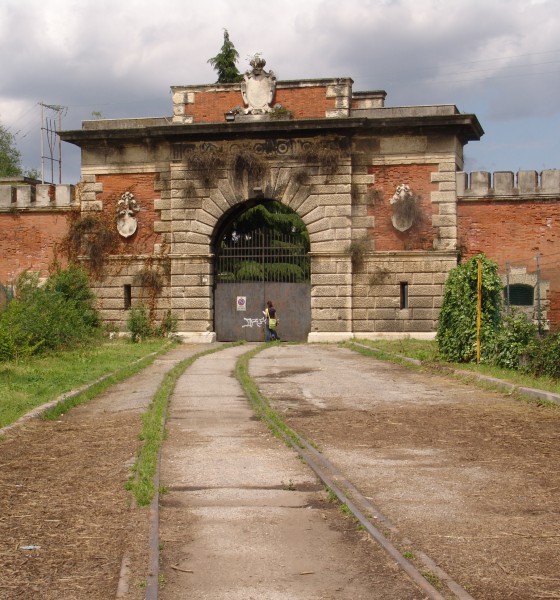 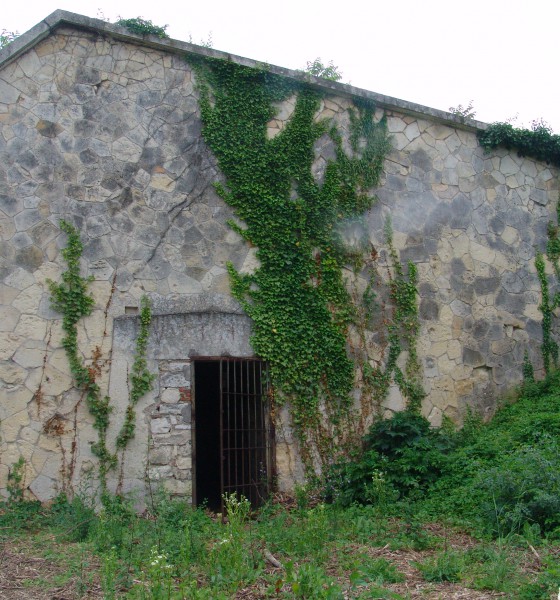 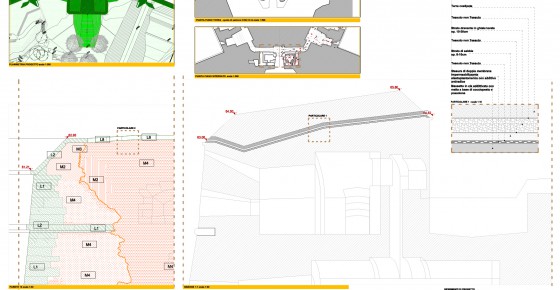 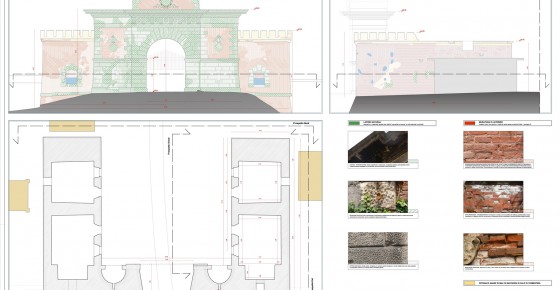 The stage of knowledge, before the project, was divided into several stages. One historical critical phase, analysing all the descriptive and cartographic material present in the archives. A second one, deepening the material of the concerned object, reworking on elevation charts all the different types of materials and building plots that characterize the development of the walls. And finally a structural analysis (GPR, Sonic analysis, endoscopies) carried out in significant and critical points of the walls, which have emerged thanks to the interpretation of previous investigations. The project is divided into two main phases: the first one, phase of cleaning and safety, aims to carry out all operations deemed significant to subsequent preservation interventions and priority to make safe the artifacts. The second one, concerning consolidation and reinforcements, includes all the measures to ensure the survival as authentic as possible of materials and structures without removing their characteristic patina. 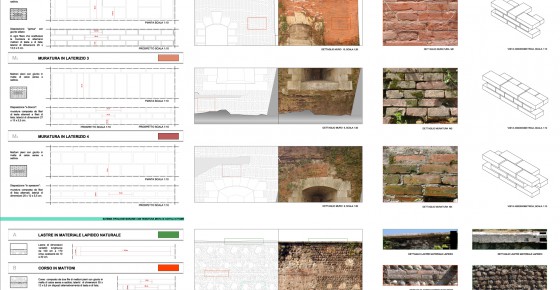 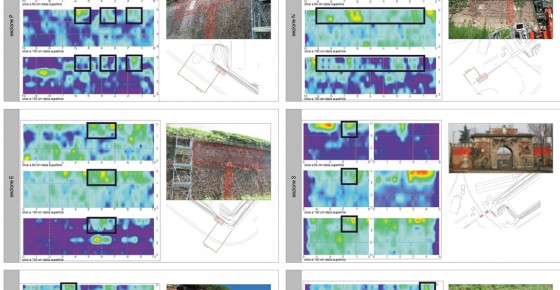 The first phase of works is in progess (from Vescovo Door to Maddalene Rampart). The interventions include consolidation and preservation of vertical structures and their vestments. We carry out a series of surveys and samples in order to supplement existing materials with similar ones for composition and colouring. The structural reinforcement interventions are concentrated mainly on walls that don’t form embankments. In many cases there are out-of-plumb or sagging foundations. The works include the placement of retention chains and structural hoops. An important intervention is constituted by the waterproofing of the Bastion delle Maddalene and by the perimeter drainage, executed by overlapping layers of nonwoven, sand and gravel of different sizes. 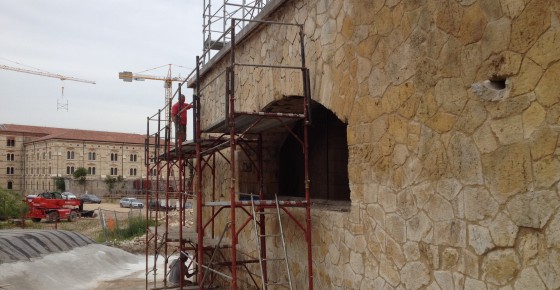 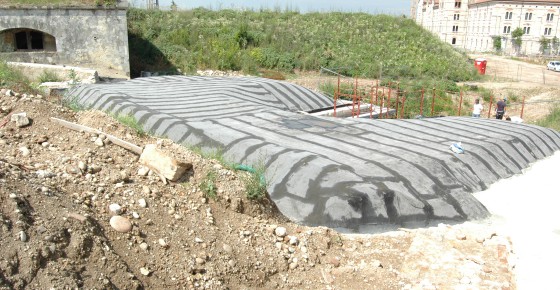 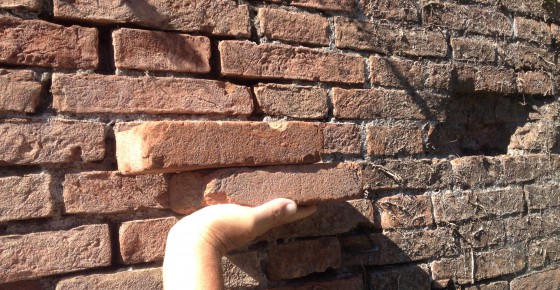 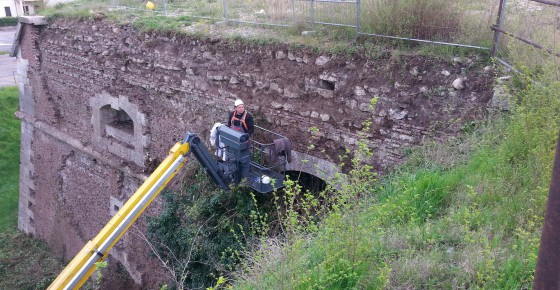