The foundation of the church goes back to 1683; the structure was originally with a single nave, surrounded by a moat, and the church was accessed through a drawbridge in front of the façade. In the following years the church was modified both internally ,with new altars, and outside, including the raising of the bell tower in 1715. Because of a strong earthquake in 1802, the bell tower was rebuilt starting from 1805 until 1812. The largest expansion was in 1866 with the construction of the two lateral naves, the destruction of the drawbridge and the filling of the moat. The current structure of the façade, although its simplicity and homogeneity, dates back presumably to this enlargement. While external side façades don’t have decorations, the main one is characterized by a rustic ashlar, with niches containing stone statues of San Giacomo and S. Filippo.

The main problems were caused by capillary rising and by phenomenons due to atmospheric agents. The façade had undergone in recent decades (1975-1995) maintenance interventions, dictated by the need to solve evident decays rather than with the effort to protect the building from atmospheric agents. The results of these operations had not always brought benefits to the materials; It was a clear proof the presence of saline efflorescence which emerged from plaster, the detachment in different points of the surface coating and the colour alteration of pigments. Some cracks were also visible near the main spanorel and which were reflected also in the counter-façade. 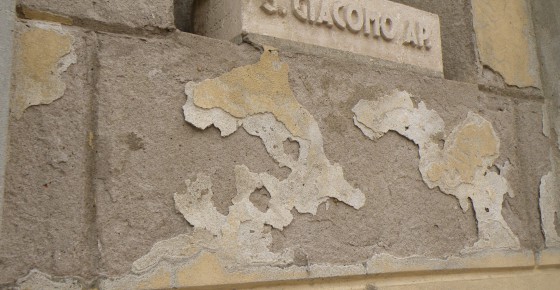 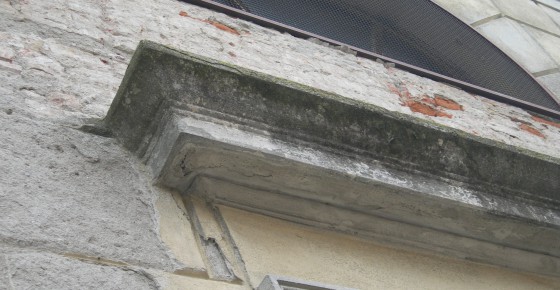 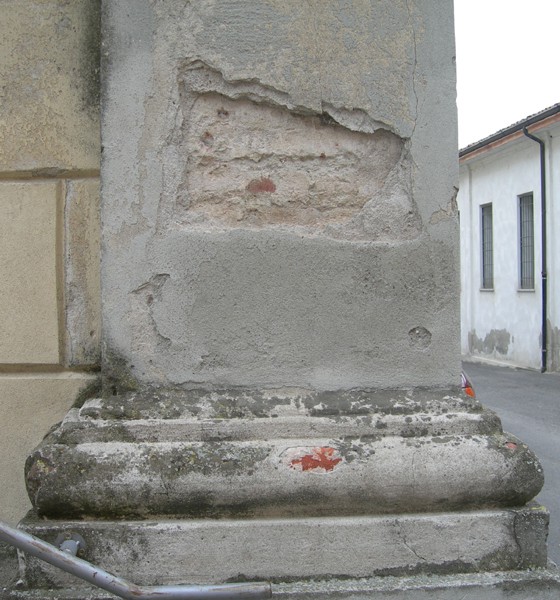 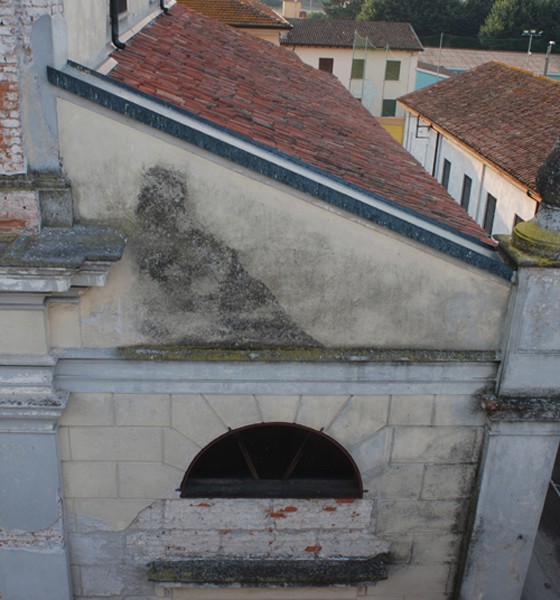 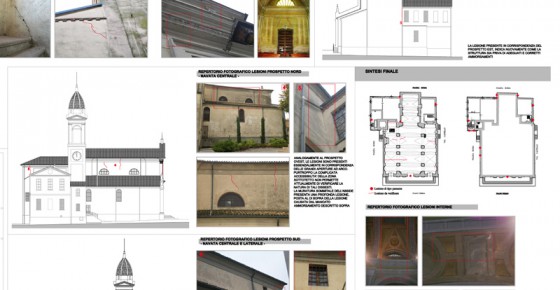 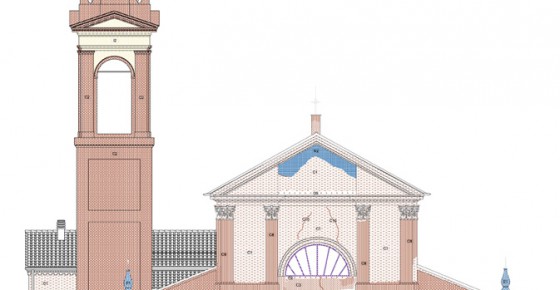 Sampling of external plasters had been collected in order to understand their compositional characteristics.

CHARACTERISTIC OF THE PROJECT

The conservation and adaptation project of the church covered the entire complex, starting from the roof maintenance, to the preservation of the exterior elevations, to the technological upgrading through floor heating panels. However, due to the advanced decay of the main façade and following the collapse of part of the decorative pinnacle,the priority has been given to the work to be carried out on the main façade. 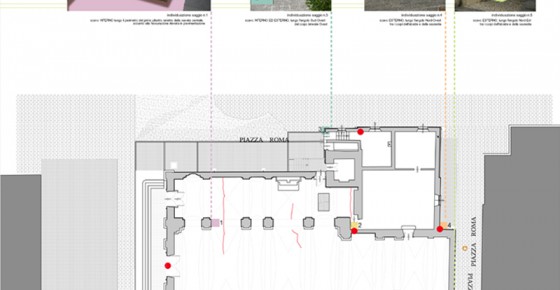 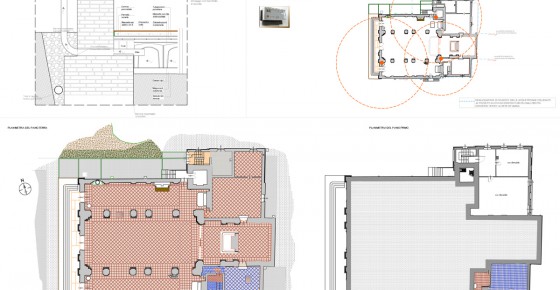 The first operation has been the precise review of the surface, the identification of patches or detached elements and the later removal of inappropriate material. So the cleaning works started, performed by spray of deionized water at low pressure and continued where necessary with the application of broad spectrum biocidal substances based on ammonium salts. Where the efflorescence was present the soluble salts have been extracted by compasses of demineralized water. The supplement of missing and/or removed parts has been made with mortar without salts and with grain composition similar to the existing one. Colour traces found in some parts has allowed to propose to protection entities a project of homogeneous coating of the entire surface. 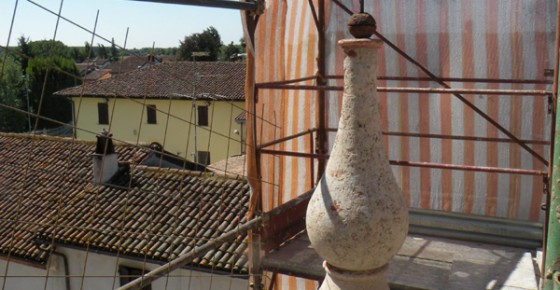 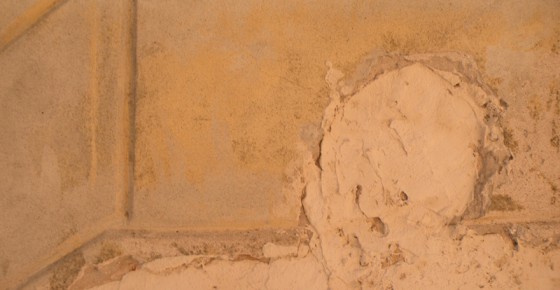 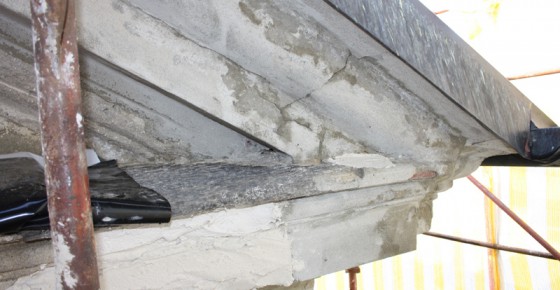 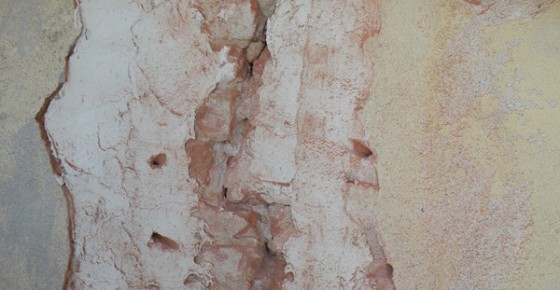