It is the main church of the great convent located on S. Servolo island, very special place located in the basin of San Marco in Venice, the island of San Giorgio and the Lido. The island, particularly rich in history, had been used for a long period as female asylum then, after the closure of asylums took place in the late 70 ‘s of the last century, it was almost entirely abandoned. As part of a big project of reuse of all structures carried out by the province of Venice, the Church became a central and symbolic place. A central-plan church crowned by a large dome is part of a complex series of outbuildings from which the tympanum façade with the terrace overlooking a classic arcade emerges.

Because of the protection of outbuildings the exterior surfaces were not very damaged but the long neglect resulted in widespread deterioration in all interior surfaces that were partially detached and with significant deposits. Considerable structural problems were caused by the northern portion which slided towards the lagoon, causing big cracks on the main structures. 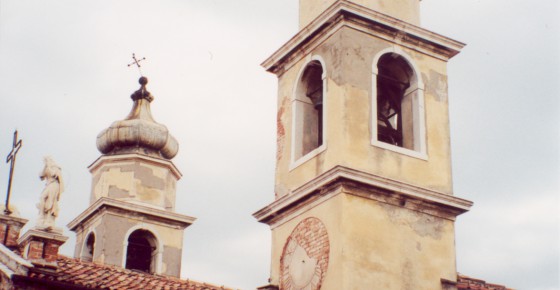 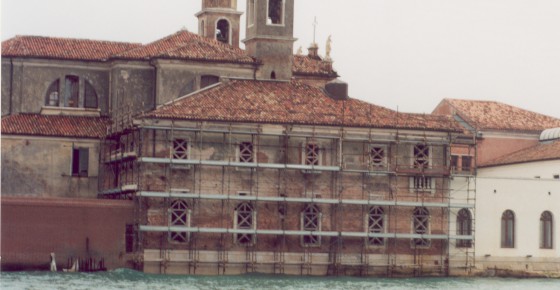 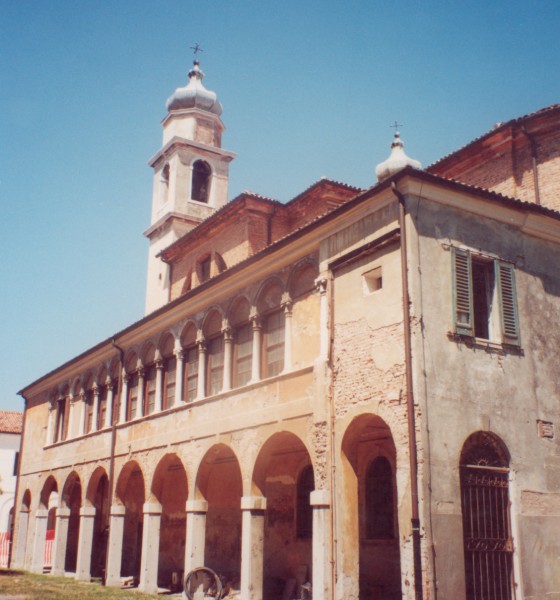 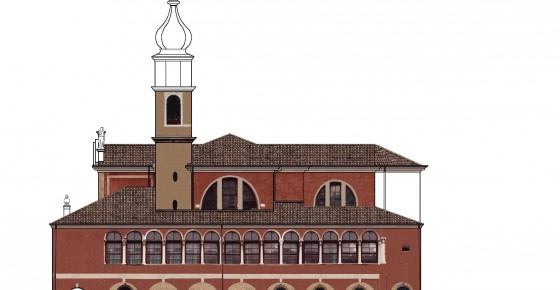 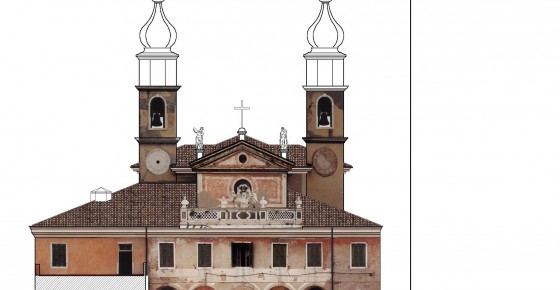 The analysis, in addition to study the nature of the plaster on the main and interior façade, have verified through stratigraphy the presence or absence of decoration and painting cycles under the recent clay that covered the entire interior. Important structural inspections were carried out to study the structural problems and damages by technicians of the province of Venice.

The project aimed to design in detail the conservative maintenance and to activate the church with its adjacent volumes by giving compatible functions. As regards the problem of surfaces and decays the approach was, according to the nowadays conservation culture, through targeted, justified and needed interventions. Regarding the reinforcements important support structures of the north wing that backed directly onto the marshland was designed. 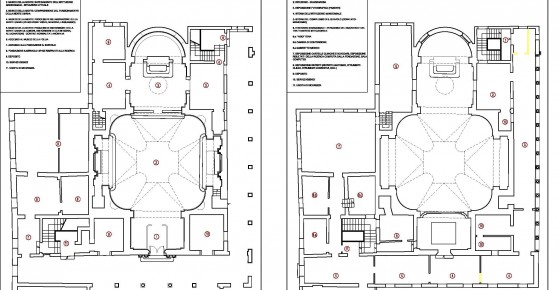 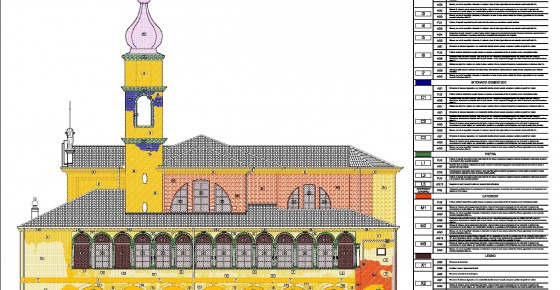 First, the entire rearrangement of the roof tiles has been conducted with great care both in disassembly of tiles and in the consolidation of primary and secondary wood beams, and the finishing package has been realized. Then conservative interventions of the main façade plaster have been carried out and following the restoration interventions of the lateral façades that were totally unrecoverable damaged. After similar methodologies on the other part of the building has been used . Finally new wooden window systems have been inserted. 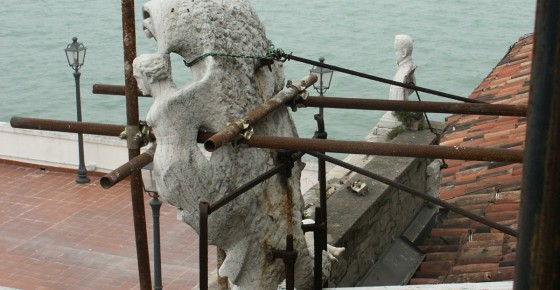 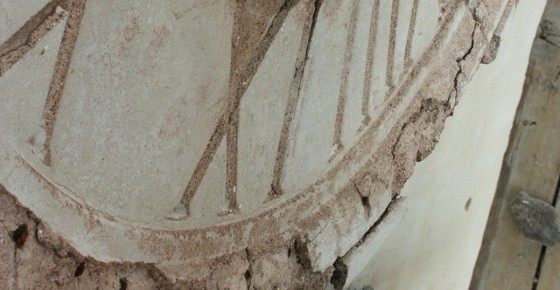