The Church of S.Bartolomeo has ancient origins (already in the fifteenth century it is mentioned in “Rationes Censum et Decimarum”) even if, because of many restoration and maintenance interventions, the current latest structure can be dated in the 19th century. The gabled façade is characterized by a brick vestment, outside it shows the hierarchical geometry of the nave and lateral wings. The uniformity of the terracotta cladding is enriched by the division introduced by pilasters and slightly projecting perimeter capitals and by chiaroscuro introduced by rounded crowning archivolt of the fanlight of major openings. The architectural design is attributable to the architect Achille Voghera, the more famous architect Louis’ son, who during the 50s of the 19th century made an important restoration intervention on the façade and the bell tower.

The façade has undergone other maintenance interventions in recent decades, dictated by the need to solve the evident decays rather than an effort to protect the building from atmospheric agents. The results of these operations have not always brought benefits to the installed materials; it is a clear evidence the situation of perimeter base whose brick joints have been replaced over time with cementitious mortar that not only seems inappropriate with the colour of original joints, but is also the cause of the masonry decay. 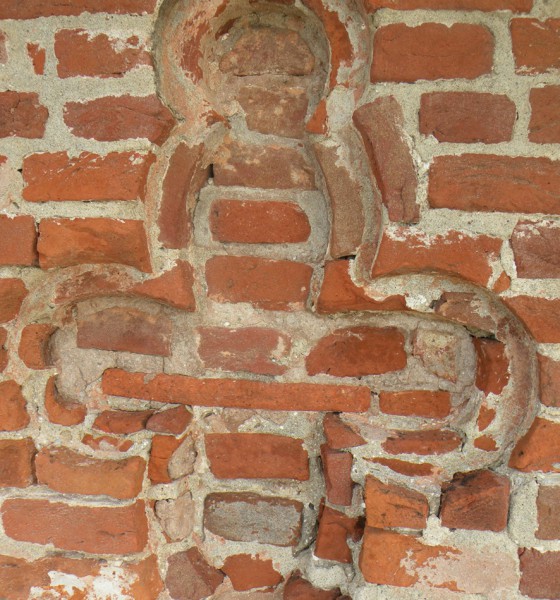 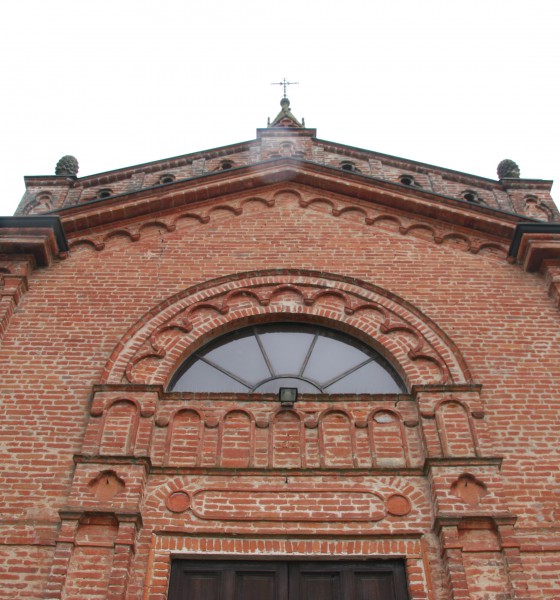 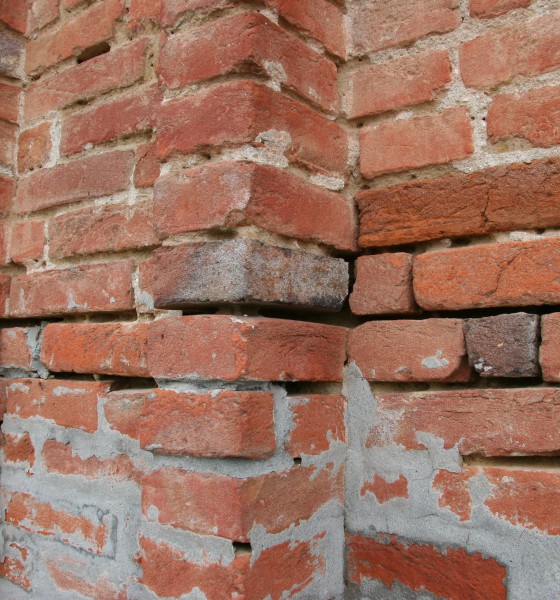 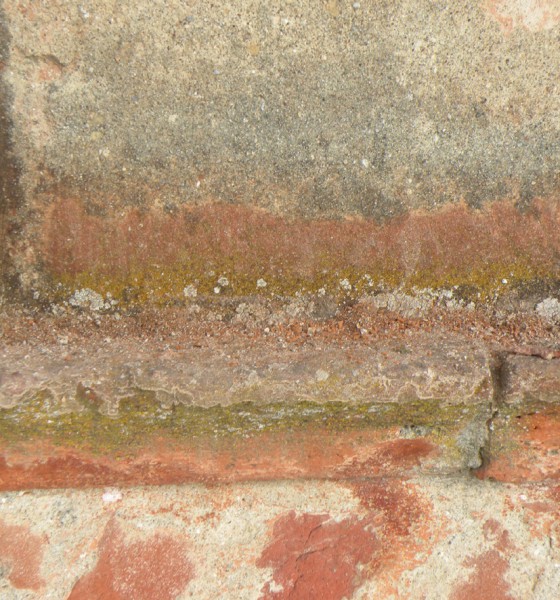 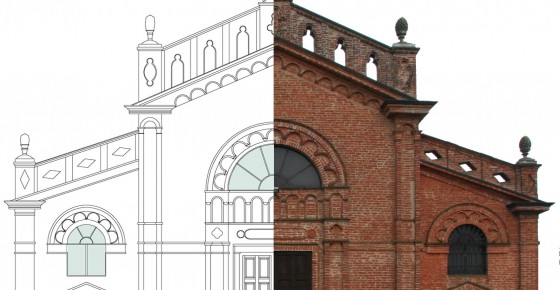 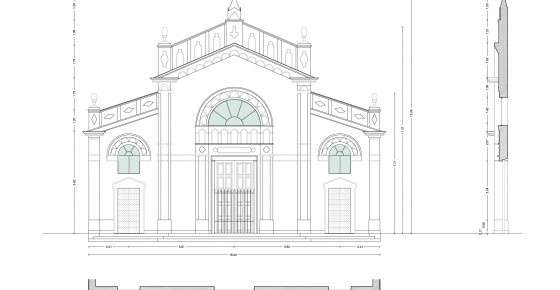 The façade was first surveyed with simplified photogrammetry methods then the photoplan had been useful for the identification of materials and their state of conservation. All the decays were recorded on the elevation geometric drawings, by associating to every material a colour and associating different hatches with the typology of decay (in accordance with NORMAL 1/88). 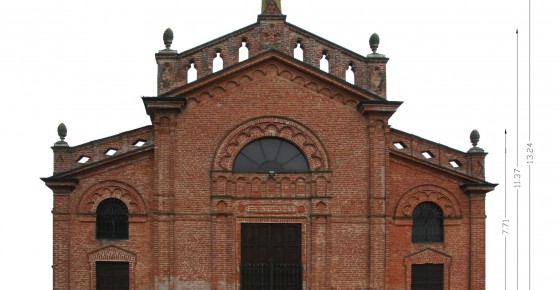 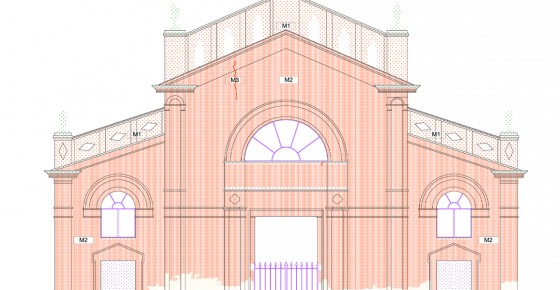 The first operation has been the cleaning, realized through a spray of deionized water at low pressure, then where needed we have applied broad spectrum biocidal substances based on ammonium salts, and where the efflorescence was present the soluble salts have been extracted by compasses of demineralized water. The most complicated intervention has been the removal of cementitious joints and the consequent bedding with suitable mortars. 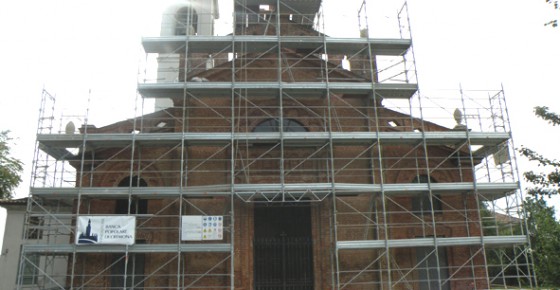 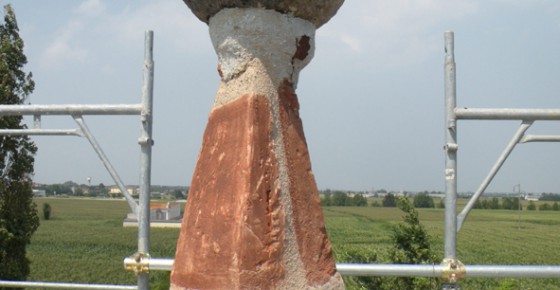 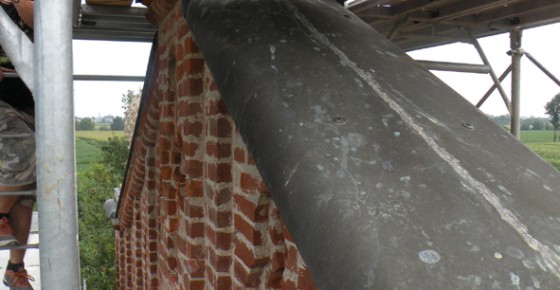 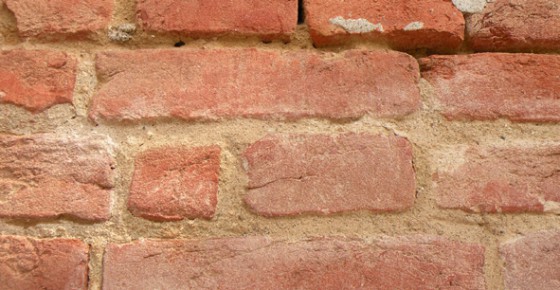