The Church is rather small but distinctly particular, from the mid 14th century, situated next to the main entrance of the built-up part of the town of Sirmione del Garda. It was originally constituted only by a small chapel, currently the apse, which was used for religious services of the garrison of the castle, having incorporated a few defensive ramparts that are still visible along the building south façade. In that period, the church was called “S. Maria in Castro”, then Beata Vergine al Ponte and finally Saint Anna. In the 15th century, the presbytery was richly adorned with cross vaults. Later on in the 17th century, the central nave, which is today covered with barrel vaults, had a series of fresco paintings that were covered by incrustations and then rediscovered in 1919 following restoration projects.

There were significant conditions of deterioration in the church ornamentation as well as an instability of the building structures. The deterioration affected all of the surfaces in different ways according to the type of used materials and their positioning, particularly on the façade facing the Garda lake. The overall condition of structural fractures and the instability were caused by a considerable subsiding terrain of the foundation, which affected the entire structure that started to gradually “slide” towards the lake. 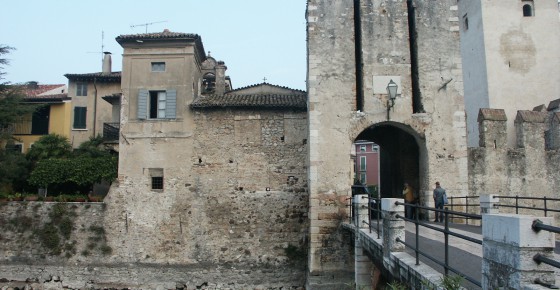 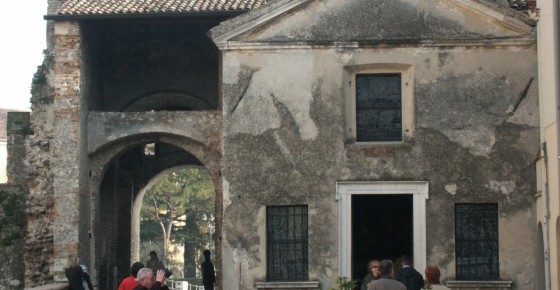 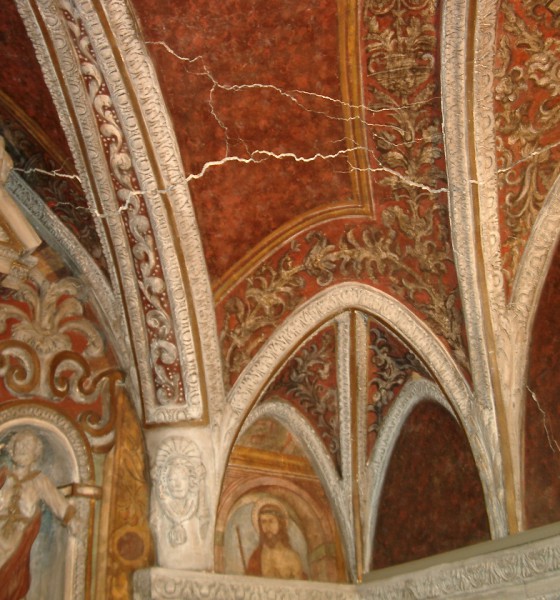 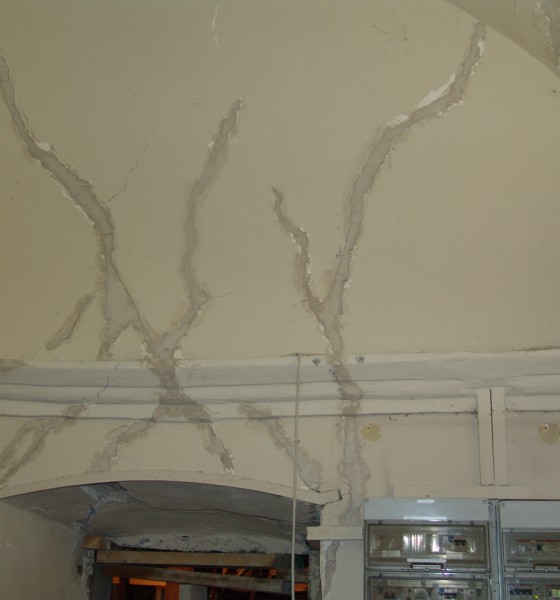 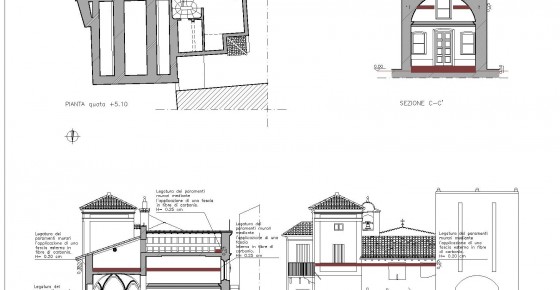 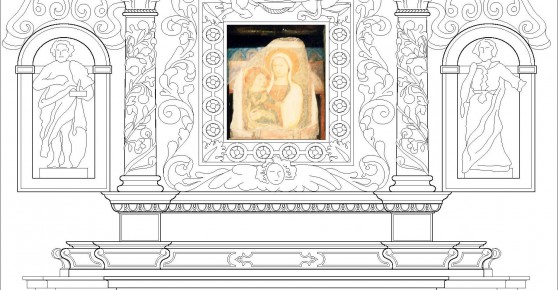 In order to precisely diagnose the reasons for the statics instability that threatened to cause the collapse of the entire Church, we conducted a series of analyses that involved geo-radar, compression testers, endoscopy, underwater photography and penetrometric tests. Furthermore, in order to better understand the deterioration of the surfaces, we conducted analyses of the materials and their state of conservation.

The main objective and priority of the project was to avoid the collapse of the lake-side façade, which was subjected to notable progressive yielding, even within the space of one day, while carefully designing provisional support systems that could be entirely disconnected at the project’s conclusion. Later, with a series of coordinated interventions, a complex structural consolidation was conceived, starting at the foundations (often inexistent) and gradually reaching the upper structures. Particular attention was placed on the design of techniques and work-site procedures that could optimise the authentic conservation and the material integrity of the whole building. 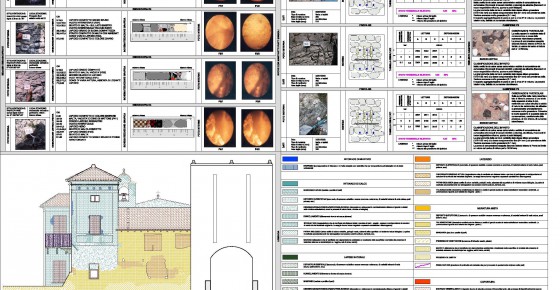 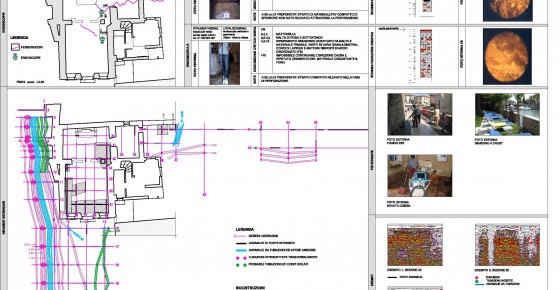 There was a series of vertical and horizontal brace-support scaffolding applied to all of the foundation structures and in order to retain wall face plates by applying carbon fibre netting with hydraulic pozzolanic cements. The foundations of the lakeside front were consolidated with the application of micro-poles above the cement-core walls that were supported with complex provisional configurations in spurts along the lake, where fluid mortar was injected. Along the surfaces, there was a manual treatment for the removal of deteriorated cementitious plaster, the mending of the walls, the surface consolidation of micro-fissures, the cleaning of partially adhering surface mineral deposits, and the mortar binding for the external visible walls. On the inside to protect the walls from rising humidity, a macro-porous dehumidifying plaster was applied along with a finishing coat made of natural lime-stone paste and river sands. With the necessity to provide the Church with technological installations, a heating system was installed with radiant panels under the renewed earthenware pavement tiles. 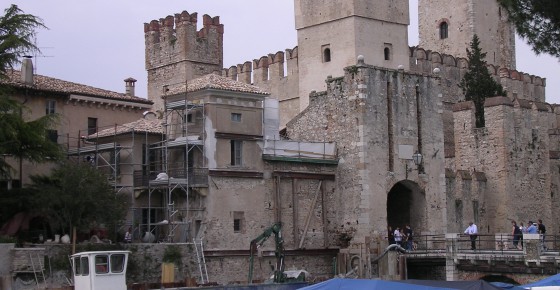 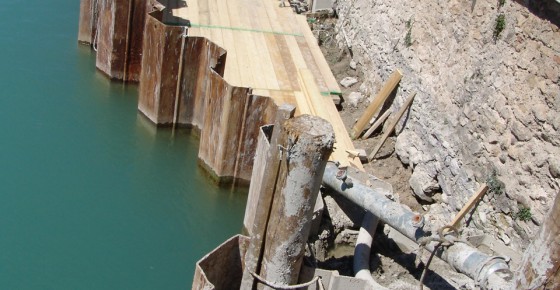 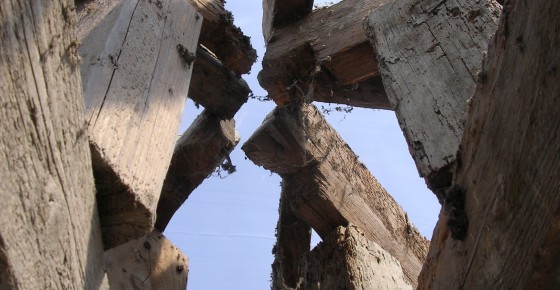 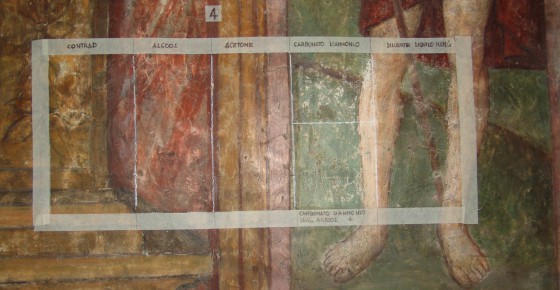