The drawing entrusted to the architect Francesco Menegazzi in the 1738 was modified and completed in 1788 by Giovanni Meneghetti of Carpanè. The building, characterized by a rectangular plan, measures 43 meters long, 16 meters wide and 17 tall, is rised some meters from the road level, and stands for its proportion and harmony. The monumental Venetian Renaissance façade remains incomplete and it’s divided into three vertical partitions by four massive pilasters, placed on plinths and ending into elaborated corinthian capitals. The central part, bigger welcomes the solemn portal whose entablature, without pediment, is supported by two half-columns with ionic capitals. At the top the oval window dominates, enclosed by an elegant stone frame. Moreover the façade is characterized by two rounded corners that extends at the sides its architecture composition. To the right of the church, along the north side, stands the bell tower of the 16th century made independent of the road because of the installation of an iron railing during 1900.

The worst decay was found in roof structures due to past leaks and rotting localized phenomena. The wooden trusses were, in many points, no longer capable of supporting neither the loads above nor the ones due to the vaults hanged from them. 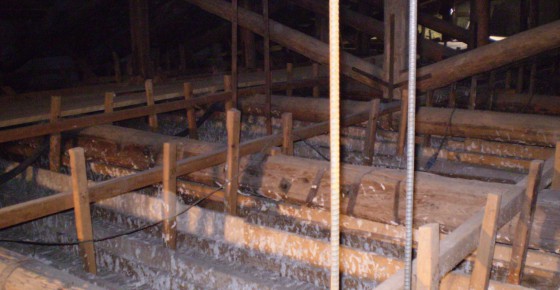 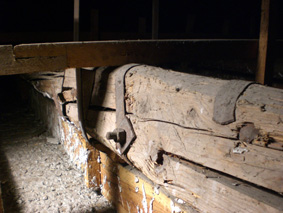 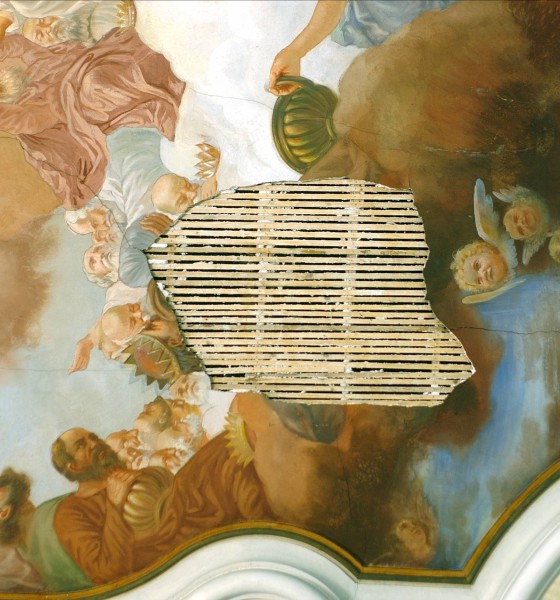 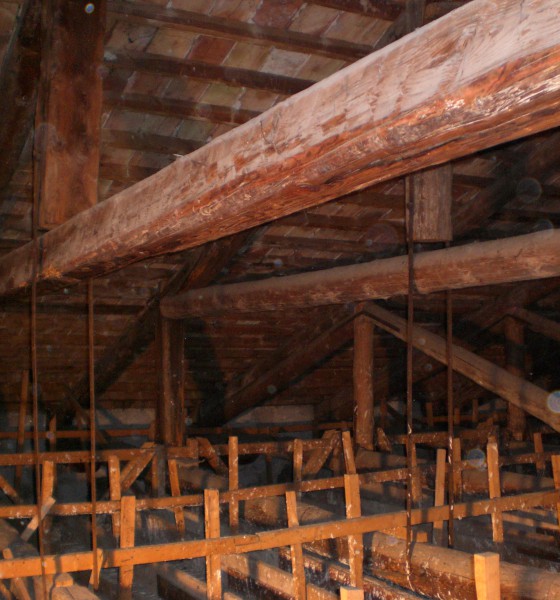 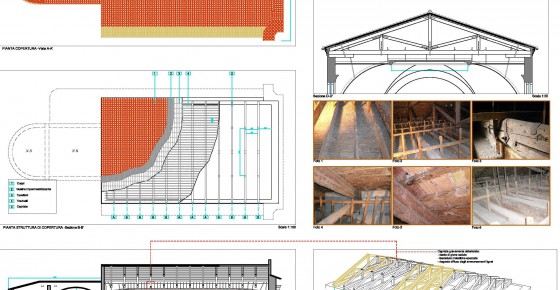 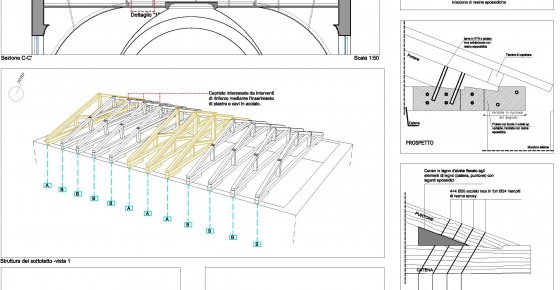 Punctual analyses of all wooden structures were conducted, ensuring the preservation of the wood checking the supports and critical points. Moreover a precise mapping of decay has been carried out, from the survey of cracks to the monitoring of deep and superficial detachment.

The strictly conservative project included both the preservation of surfaces and the reinforcement of the structures, in particular the roof ones. All internal and external façades were photogrammetric surveyed to be then the basis for the following analysis of materials and its state conservation, until the definition of specific interventions to be carried out. The roof structures were surveyed thanks to the viability of the attic area, in order to identify the different problems and locate specific intervention of consolidation. 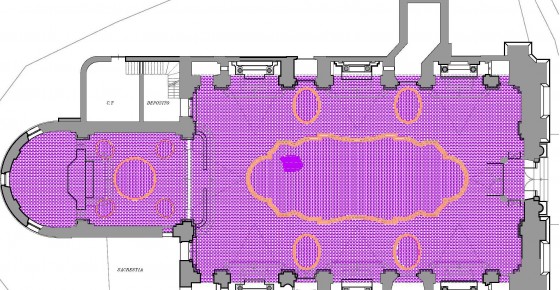 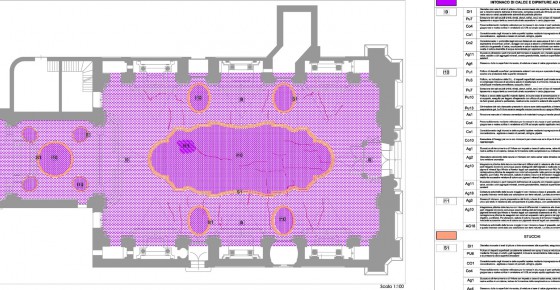 Till now only interventions relating to the consolidation of the roof structure have been carried out, because of the aggravation of damages and the progressive detachment of portions of plaster from the vault. The following interventions have been performed: a-restoration of damaged heads; b-reshaping of existing wooden elements and inserting new elements in laminated wood, linked to each other with metal stirrups and offset joints; c-inserting of an hardwood wedge properly shaped and glued with resins, inserting steel rods and consolidation of the wood fibers. Regarding three more damaged trusses, metal plates have been applied in the junction point strut-chain, then connected with steel cables. The decrease of weight of the most demaged chains has come through their anchor to struts through steel cables. 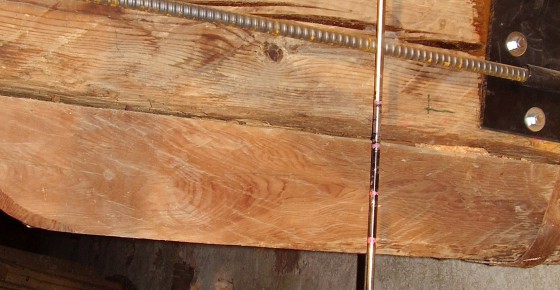 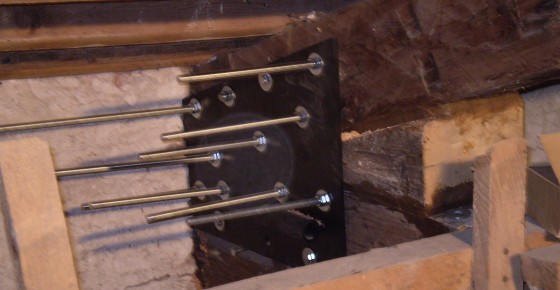 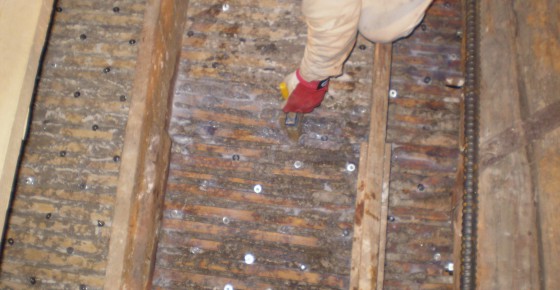 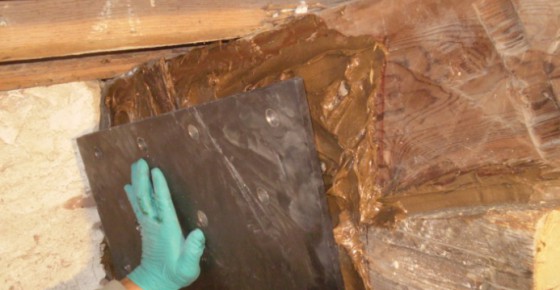