It is an important Romanesque Basilica built in Pavia by Liutprando, King of the Lombards and probably rebuilt between 1100 and 1200 on the ruins of a more ancient one; with three naves, with grey sandstone and brick façade, is also characterized by an unusual crypt, supported by 24 columns in Byzantine-Ravenna style that dates back to the end of the last century. Particularly rich and meaningful with the regard to history, art and religion it shows many interesting items of extraordinary importance among these is the Ark where the remains of St. Augustine are kept.

The Basilica coverings that develop on different levels had both the main wooden frame and the secondary one characterized by a poor state of preservation; this had caused considerable seepage in the attic, the rotting of the wooden structures and percolations on the inner decorated surfaces. In particular the painting of the apse presented a widespread decay due to leaks, deposits adhering to fresco surfaces, gilding and two structural cracks. The technological systems were particularly outdated and not suitable neither to the important basilica nor to the technical required function.

Project of conservation and technological adaptation 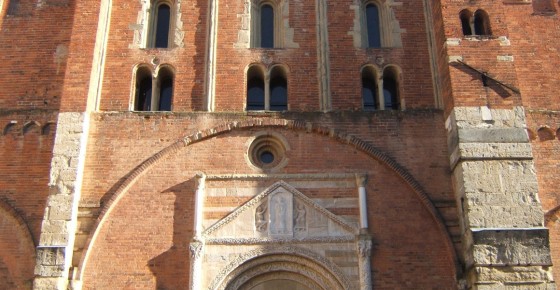 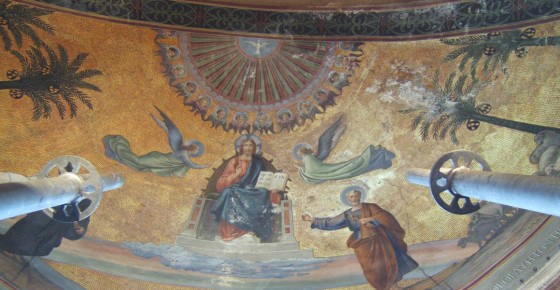 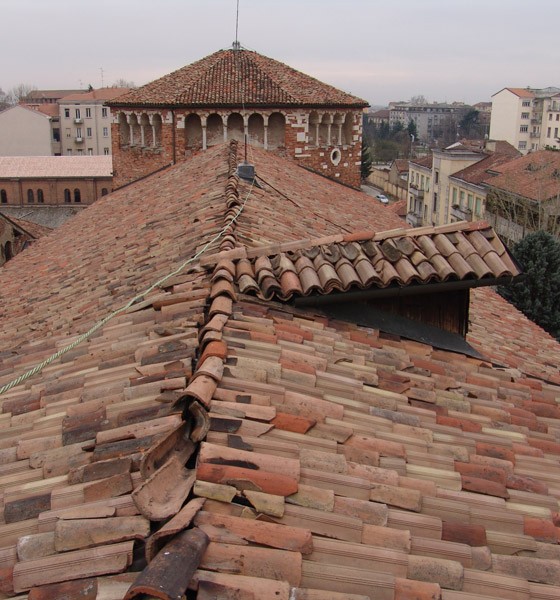 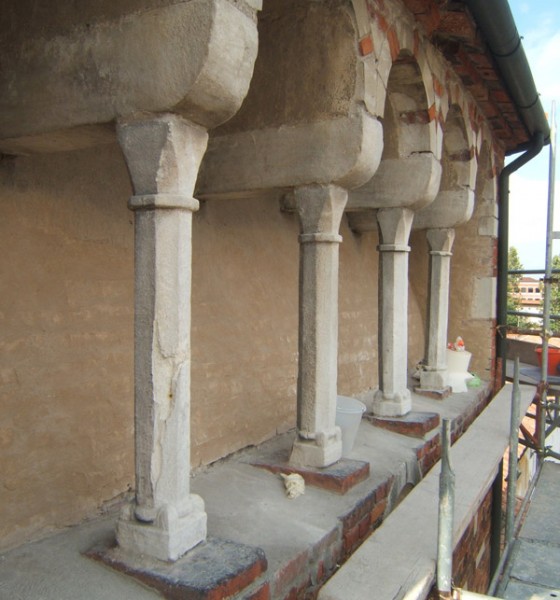 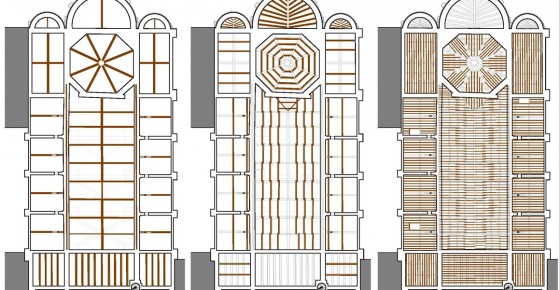 We carried out multiple withdrawals of samples of plaster and semiquantitive infrared FTIR spectrophotometric analysis; moreover extensive campaigns of stratigraphic investigations, sampling for the choice of materials together with tests of the desired degree of cleaning were conducted.

The strictly conservative intervention was divided in two phases: in the first we designed maintenance works of the coverings and of the conservation of painted surfaces of the central apse. The aim of the project was to define for each aspect of the building the most suitable techniques of conservative intervention to ensure the survival, as much as possible authentic, of materials and structures. As the executive graphics are very detailed through particular graphic mapping the project was the constant reference to check and verify the work of the performers. The second phase of works foresaw the reconstruction of electrical, lighting and sound systems designed in detail to not produce invasive impact in structures and in rich finishes and all externally executed to avoid tracks, burglary or breakages of precious finishes. 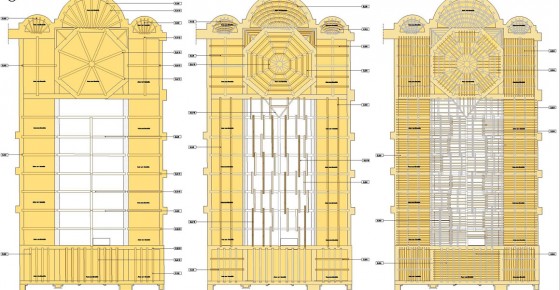 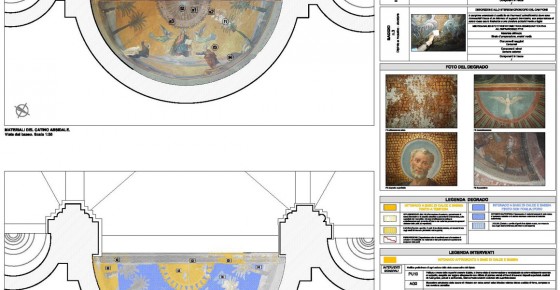 The interventions have been diversified between the tempera surface and the one of fake mosaics. As for the painted parts a dry cleaning of superficial inconsistent deposits has been carried out; the parts in gold foil, the cleanup intervention has been occurred with specially designed solvents; consolidation of painting and gold foil have been manufactured using precise injections of lime mortar. The lacks caused by water seepage have been incorporated with mortars able to ensure that the add is distinguishable and the edges were replenished, sanded to ensure a homogeneity and colour distinctness from the original.
Maintenance of coverage has been achieved through the conservation of all the main and secondary frame intervening with partial reconstructions; substitutions were limited to unrecoverable wooden elements. The roof tiles have been reused by supplementing them with new similar shape. The technological adaptation has been particularly challenging also during the realisation of the laying pipes, cables and technological devices have always been put down with great care and caution not to invade the surfaces with incompatible actions. 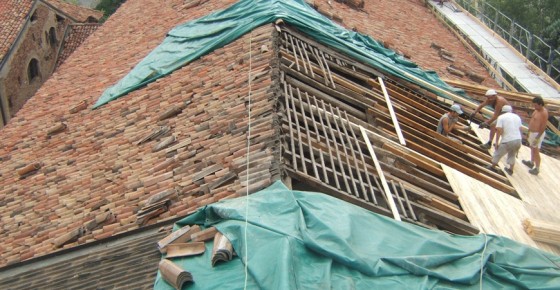 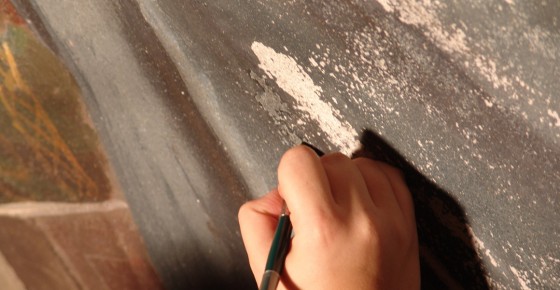 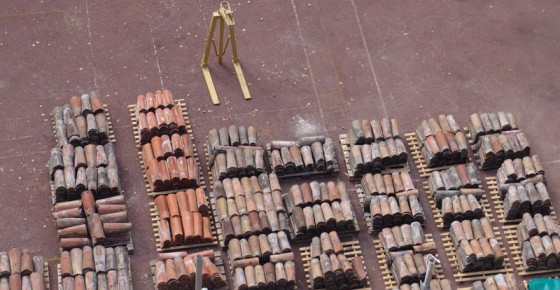 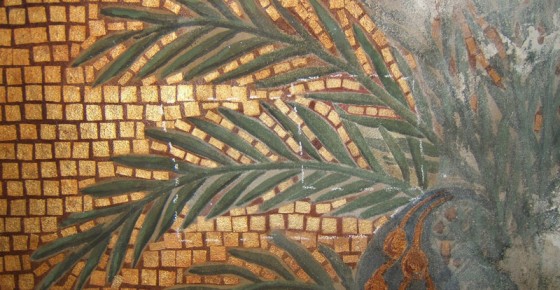