The Church is one of the oldest in Venice because it was built in the 10th century and then in the 14th was entirely rebuilt; in 1659 it was “applied” a monumental façade on stone according to Moni’s design and later, at the end of the 19th century, it was affected by heavy renovations. Ever since it belongs to the order of servants of Mary who saved it until the second half of the last century when it became property of a private owner. The complex consists of the church hall of a east chapel and several rooms, originally intended to be used as sacristy, currently intended, like the Church, to be used to deposit.

The long neglect linked to the improper and incompatible use had reduced the Church in poor condition with many portions close to collapse. The large nave covers had failures and deformations of tens of centimetres, those of the side rooms were partially collapsed. The walls were characterized by 5-6 metres of rising humidity, others were subjected to collapse for lack of subtidal zone, the windows were missing and rain washed away for years all the decorated inner surfaces and the high water flooded the floors more than a dozen times a year. Moreover improperly loads transmitted by shelving of the warehouse had caused the failure of the pavements and generalised breaks of the covering.

Project of conservation and reuse 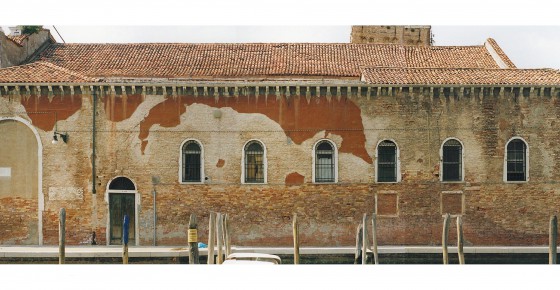 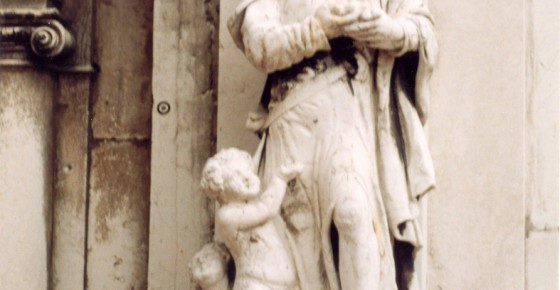 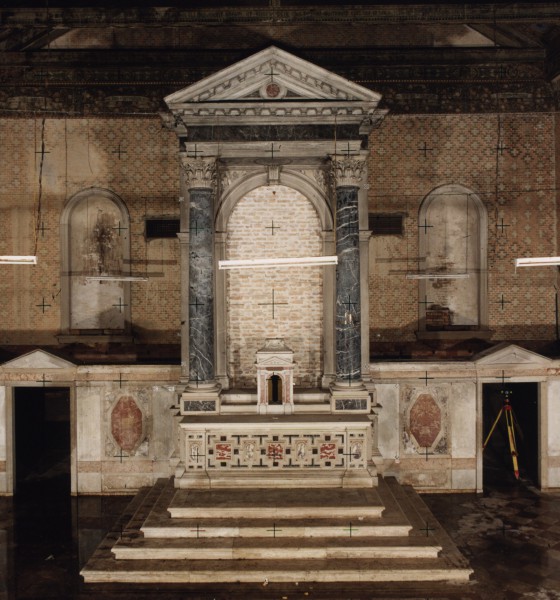 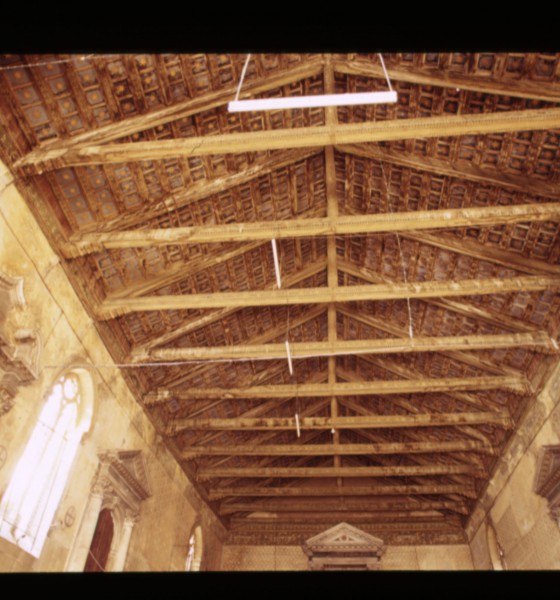 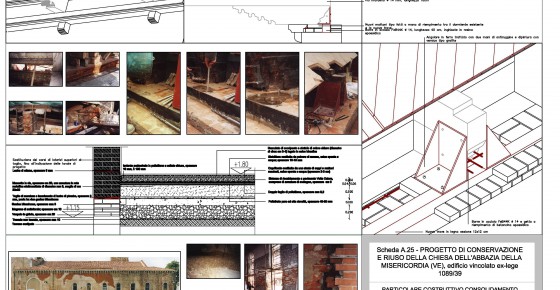 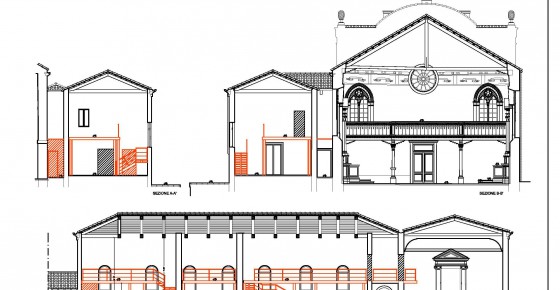 On the basis of accurate topographical and metric surveys through photo-plans, which were realized in a first phase, we started analysis of plasters and finishings; to define them we conducted a careful mapping of decay and of materials with the help of many physical-chemical and petrographic analysis of stone elements, painting films or mosaic and plaster.

The project was characterized by the will to adapt a particular complex function to the building as meeting room, exhibition room, offices and service technical spaces; the presence of the great altars and the main one were particularly difficult and influenced many solutions. From a technical point of view it was safeguarded, consolidated and cleared up the entire structure from the trusses to the foundations. Many problems had been faced and solved such as the rotation of the stone façade close to collapse, the collapse and the strong inflection of trusses near the supports, the humidity, etc. after the structural restoration the technical installations had been carried out and then the complex restoration of surfaces. 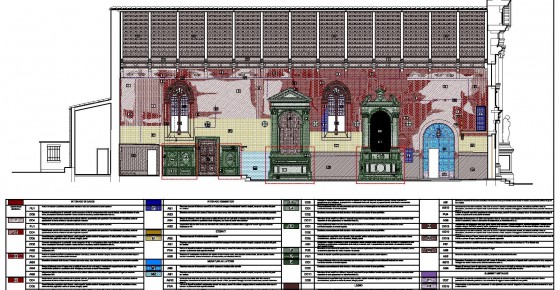 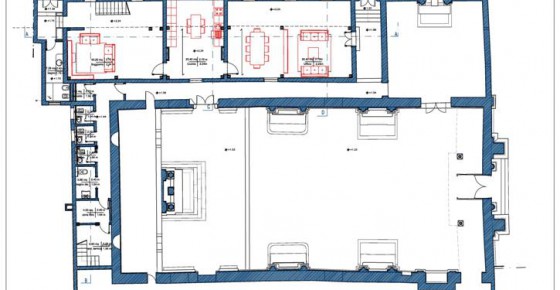 Among the many interventions to remember the cut of the lateral walls with their partial reconstruction because ruined by humidity, the realisation of special ventilated underground cavity and tanks against high water and the consolidation of the main stone façade which has been attached to the wall behind halting its deformation that was over 25 cm. Still particularly challenging the interventions on the huge trusses of the church hall that had to be raised to intervene with the remaking of the nodes and the interventions on the sewerage system constantly flooded by tidal water. To complete the works phases of restoration of chromatic surfaces on wood and the insertion of special new technological systems on plaster had been led. 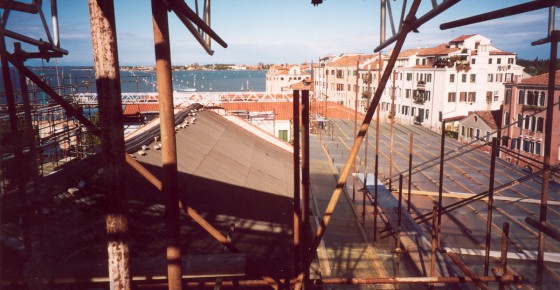 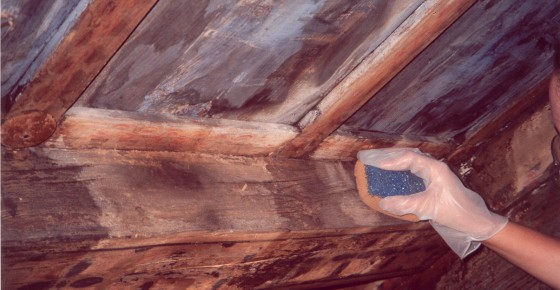 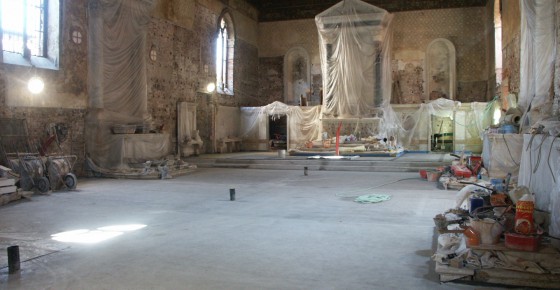 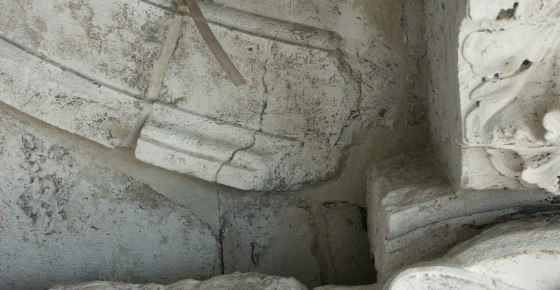